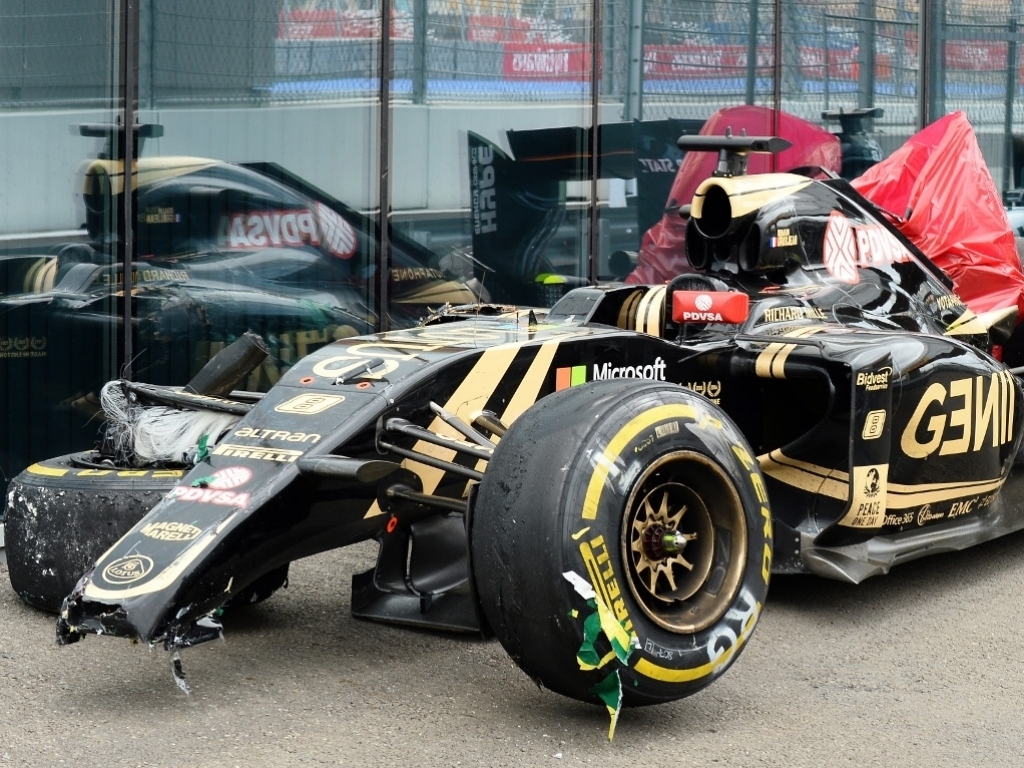 Romain Grosjean was happy to open his eyes and realise he was fine after "one of the biggest shunts" of his career.

The Lotus driver crashed out of Sunday's Russian Grand Prix in what was a heavy hit.

Losing control of his E23, he slid off the track and slammed into the barriers at Turn 3.

Not only did the impact tear up his car but also the barrier, spewing debris all over the track.

"Tomorrow morning it's going to be a little bit sore but I can be very happy with the safety in F1. Here I am," he told the BBC.

"I feel sorry for the guys because there is going to be a lot of work on the car."

As for what exactly caused him to lose the car, the Frenchman revealed that has yet to be determined.

"We need to understand what happened," he added.

"You do realise quite early that you can't do anything any more so you leave the steering wheel and get muscles as strong as you can.

"I was glad when I opened my eyes [and] I was fine.

"I am very thankful we have made some progress with technology."

Taking to Twitter following the race, Grosjean revealed that the crash was "one of the biggest shunts of my career."