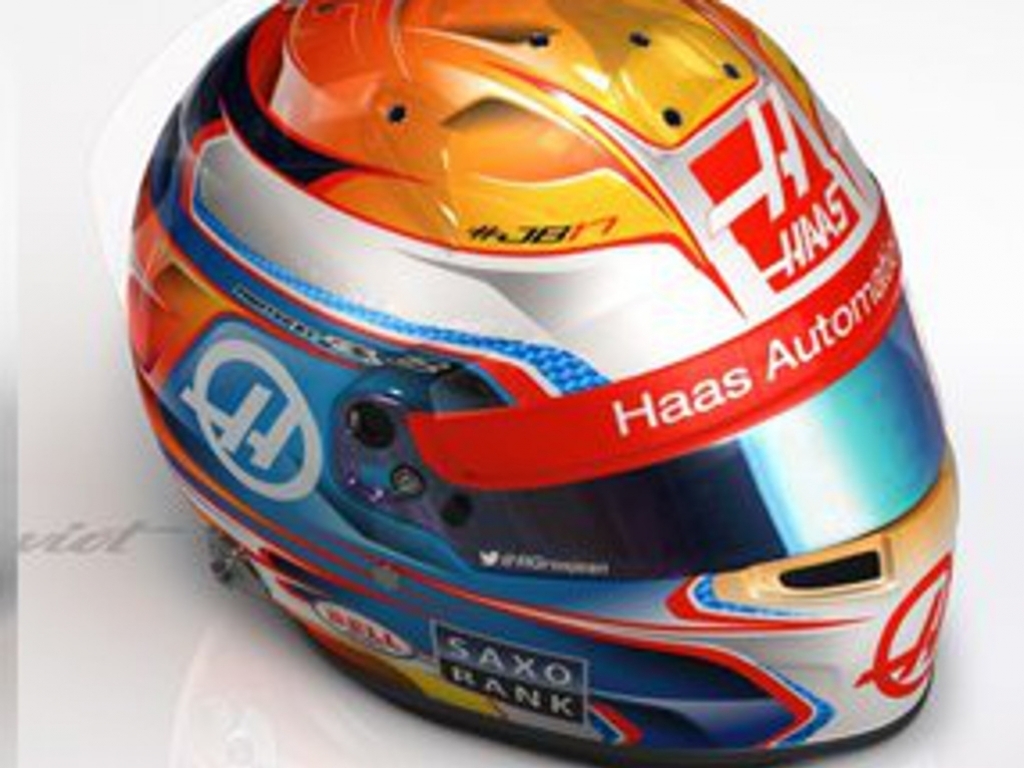 It is a new season, a new team and a new helmet for Romain Grosjean who has unveiled the design of his 2016 lid which carries a tribute to Jules Bianchi.

This year the Frenchman is taking on a new challenge having swapped Lotus for Haas F1.

His new team’s logo is prominently featured in the design of the helmet.

So happy to reveal my #newhelmet! Hope to get very good results with it! #R8G #F1 @HaasF1Team
Design @adripaviot pic.twitter.com/IhvRi75JSG

The new lid also carries a tribute to compatriot Jules Bianchi. The Manor driver died last year as a result of the head injuries he suffered at the 2014 Japanese Grand Prix.