Home Uncategorized Grosjean: What a start! 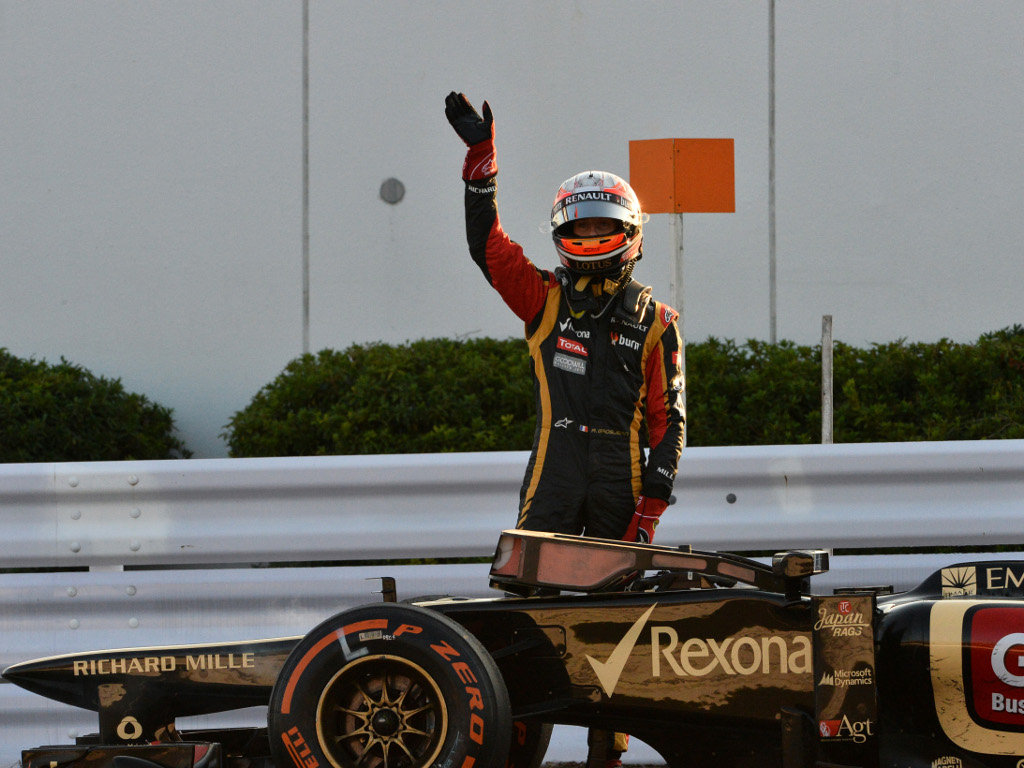 He may not have left Suzuka with the race win, but Romain Grosjean had plenty to celebrate about in Japan…

He may not have left Suzuka with the race win, but Romain Grosjean had plenty to celebrate about in Japan.

Starting third on the grid behind pole sitter Mark Webber and Sebastian Vettel, the Frenchman went on the outside of both Red Bull cars to claim the race lead at the first corner.

He stayed there until the second round of pit stops when he came out behind Vettel, who was on a longer second stint. Vettel managed to get ahead of him with the undercut while Webber, who was on a three-stopper, used his fresher rubber to good use late in the race as he passed him on the penultimate lap.

Although he didn’t claim the win, Grosjean was delighted with his display at Suzuka as he was the only driver to give the Red Bulls a run for their money.

“What a start. Today was a very good race but the Red Bull caught us but we were the only ones who were able to challenge them,” the Frenchman said.

“It is always good to come here, the fans are great and it was a great race.”

Lotus team principal Eric Boullier admitted they were never going to challenge for the race win.

“Third place was the maximum we could expect. He [Grosjean] is used to racing from the front, after winning at every level before F1 and you can see he is establishing himself as a great driver,” he said.