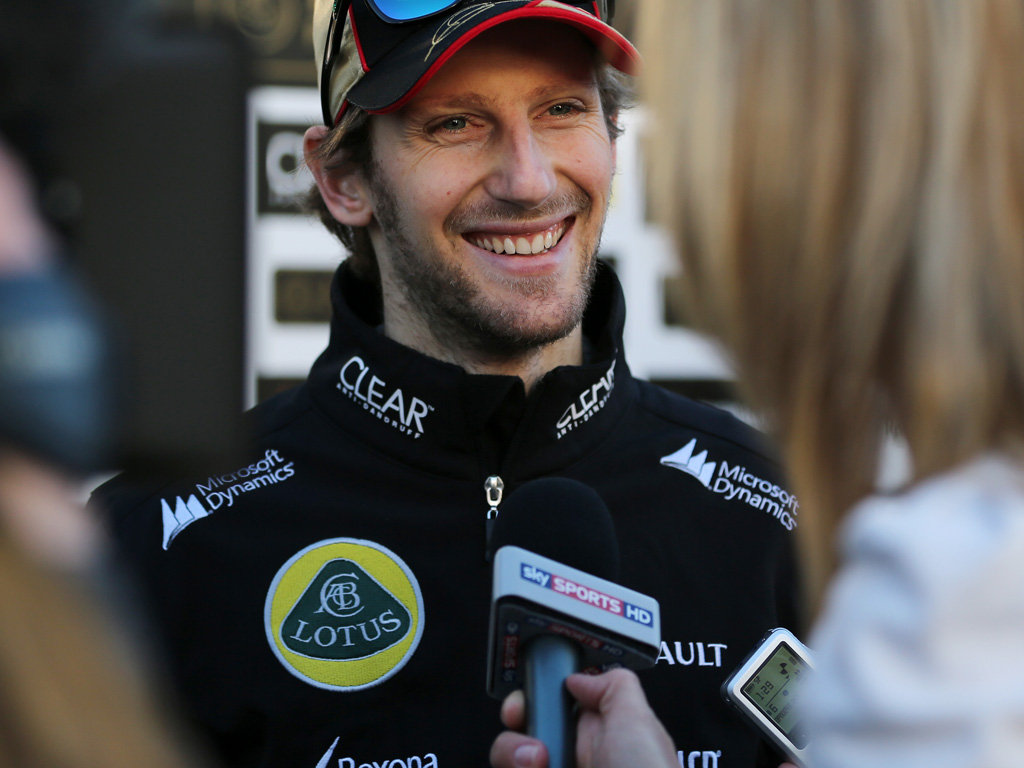 Romain Grosjean heads to Shanghai keen to unlock in both himself and his E21 after failing to do so in the first two rounds of the Championship.

While team-mate Kimi Raikkonen stormed to victory in Australia, Grosjean just managed to get inside the points on what was a quiet Sunday afternoon for the 26-year-old.

And although he did improve in Malaysia, edging his much-lauded team-mate, it was still only a P6, which Grosjean is intent on bettering at next weekend’s Chinese Grand Prix.

“It’s been a little frustrating as I don’t think I’ve shown my full potential yet,” he said.

“The first two races were quite difficult for me and I would really like a weekend where I can show what myself and the team can do this season.

“We’ve got great potential, I just need to unlock it. Hopefully we’ll find the key in China.

“I would like to score strong points. I finished in tenth in Australia, then sixth in Malaysia so I’d be quite happy if I finish in second place in Shanghai.

“That or a win would make me very happy!

“Let’s see how the car is once we arrive on track and hope there won’t be rain again as we know our car does struggle a little in wet conditions.”

Next weekend’s grand prix will be the first in which Grosjean will use Lotus’ new exhaust configuration with the Frenchman hoping it will make the difference.

“We’ve been making steps forward with performance and that’s always what you want. The new front wing was beneficial and I’m looking forward to getting the latest exhaust configuration in China. Kimi used it in Sepang and it was definitely of benefit to the car.”