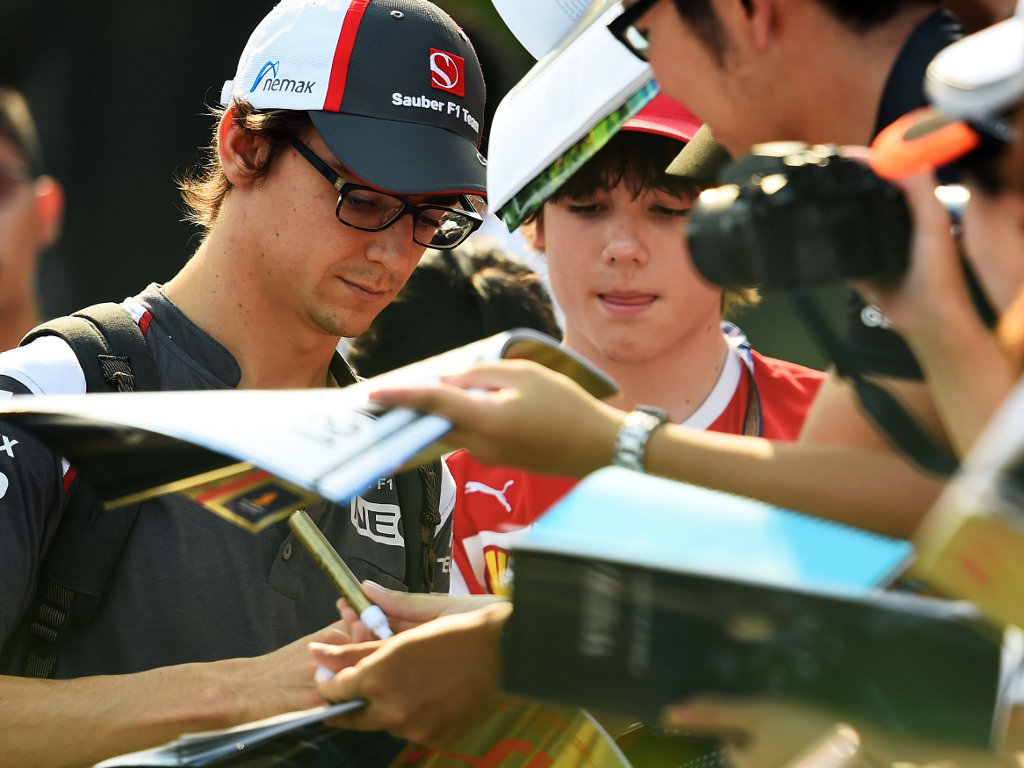 Esteban Gutierrez’s frustrations got the better of him in Singapore when he angrily threw his gloves after yet another retirement.

The Mexican racer failed to reach the chequered flag for the sixth time this season when his C33 gave up on him at the Marina Bay circuit.

His race came to an end on lap 18 due to an electrical problem with the power unit.

Back in the Sauber garage, Gutierrez threw his gloves down in disgust as it was yet another race without a single point for the team.

“There is not much to say about the race,” he lamented. “At the moment it is almost impossible to achieve good results.

“We have to extract 120 percent from what we have, but with these issues we are having it makes things complicated. There is nothing that I can do to guard against these problems at the moment.

“We have to look forward to the next races and need to take every chance that we get. Keep fighting will be the most important objective for us as a team at the moment.”

His team-mate Adrian Sutil joined him in retirement on lap 41 when his C33 suffered a water leak.