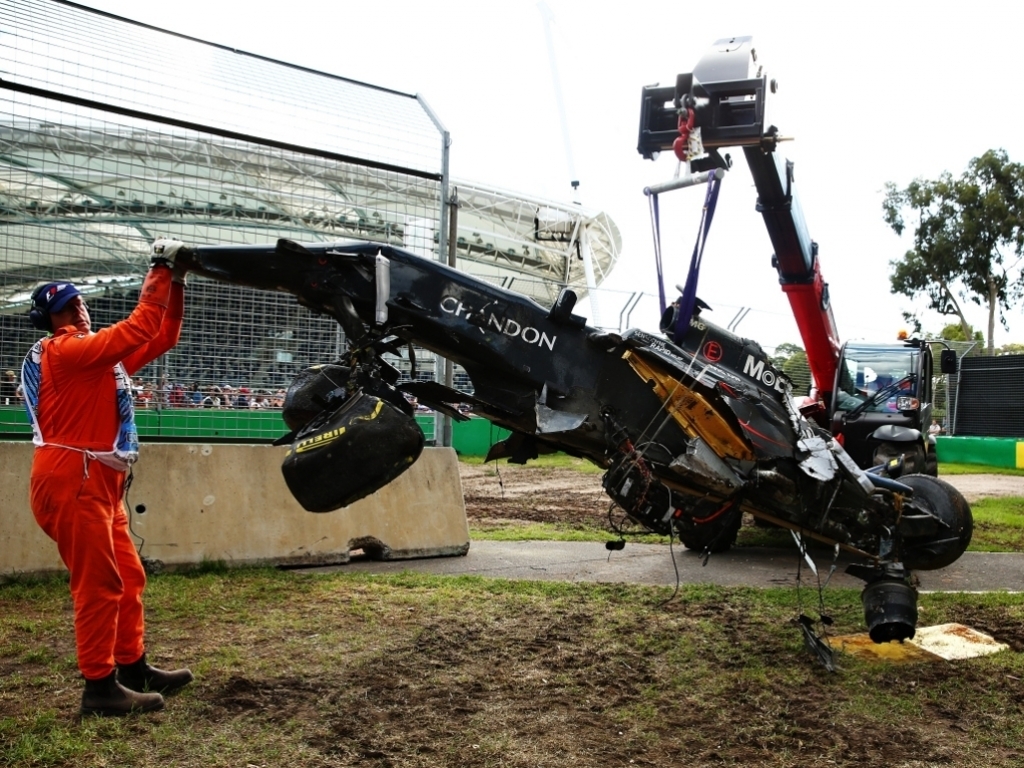 Esteban Gutierrez insists he did nothing to warrant contact with Fernando Alonso but was relieved to know the Spaniard is OK.

The duo were involved in a horror smash in Sunday’s Australian Grand Prix as Alonso clipped the rear of Gutierrez’s Haas into Turn 3.

The impact sent him slamming into the wall side on before hurtling at speed into the gravel trap where his McLaren was flipped not once but twice.

Gutierrez’s VF-16 was also damaged in the crash and immediately hopped out, running to check on Alonso who had climbed unaided from his car.

The Spaniard appeared visibly shaken but was later given the all-clear by the medical team.

“Most importantly is that Fernando is fine, we are both OK,” Gutierrez said.

“The first thing I saw in the mirror, I was really worried.

“I jumped out as quick as I could and ran to him. It was a really big relief he was OK.

“That,” he added, “is the most important thing.”

As for the crash, the Mexican driver was asked if he had braked early or done anything unusual to bring about the contact.

“No,” he said, “I was on my line and braked in a straight line, did everything right.

“We will look at the video to understand, to ensure that it doesn’t happen again.”