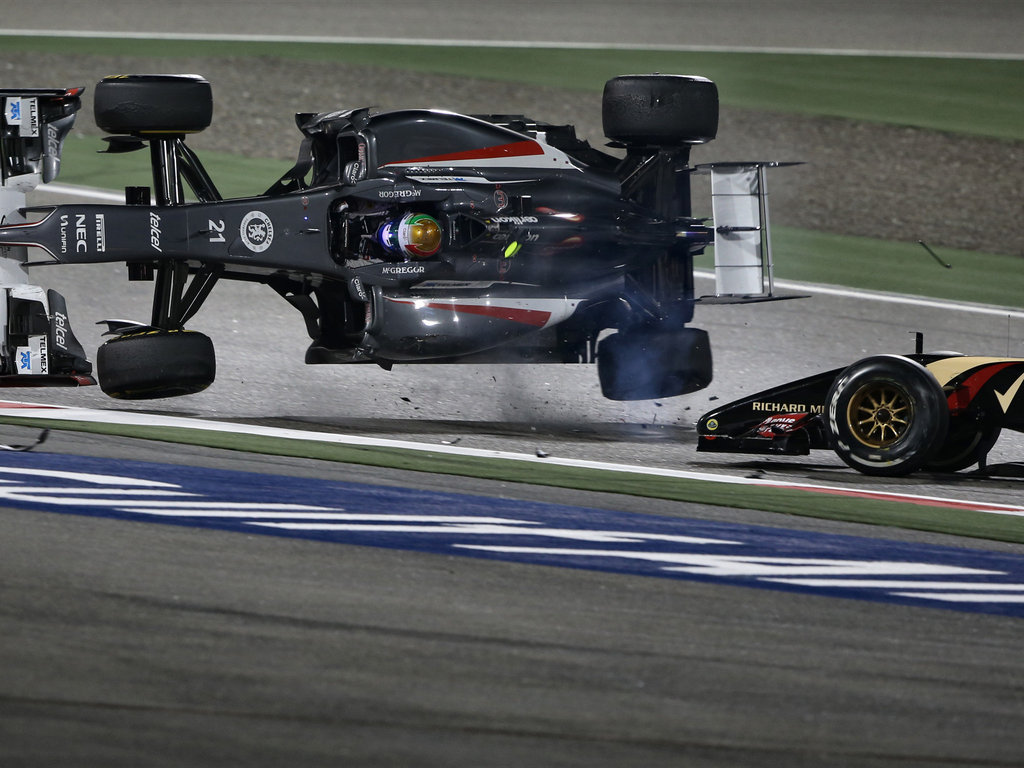 Sauber driver Esteban Gutierrez is “fine” after undergoing tests at a Bahrain hospital as a “precautionary” measure.

Gutierrez was sent tumbling out of Sunday night’s Bahrain Grand Prix when his C33 was hoisted into the air by Pastor Maldonado.

Exiting the pits, Maldonado reached the first corner at the same time as Gutierrez where the Lotus driver crashed into him.

The impact flipped Gutierrez’s Sauber C33, which thankfully rolled into an upright position.

Gutierrez climbed unaided from his car with his team announcing that he had gone to the hospital but as a precaution.

“According to first checks in the medical center, Esteban is ok,” the team tweeted. “Precautionary examinations will follow in the local hospital.”

Gutierrez later confirmed that he had been released and was “fine.”

He said: “First of all, the most important is that I am ok. They did all the checks at the hospital and everything is fine.”