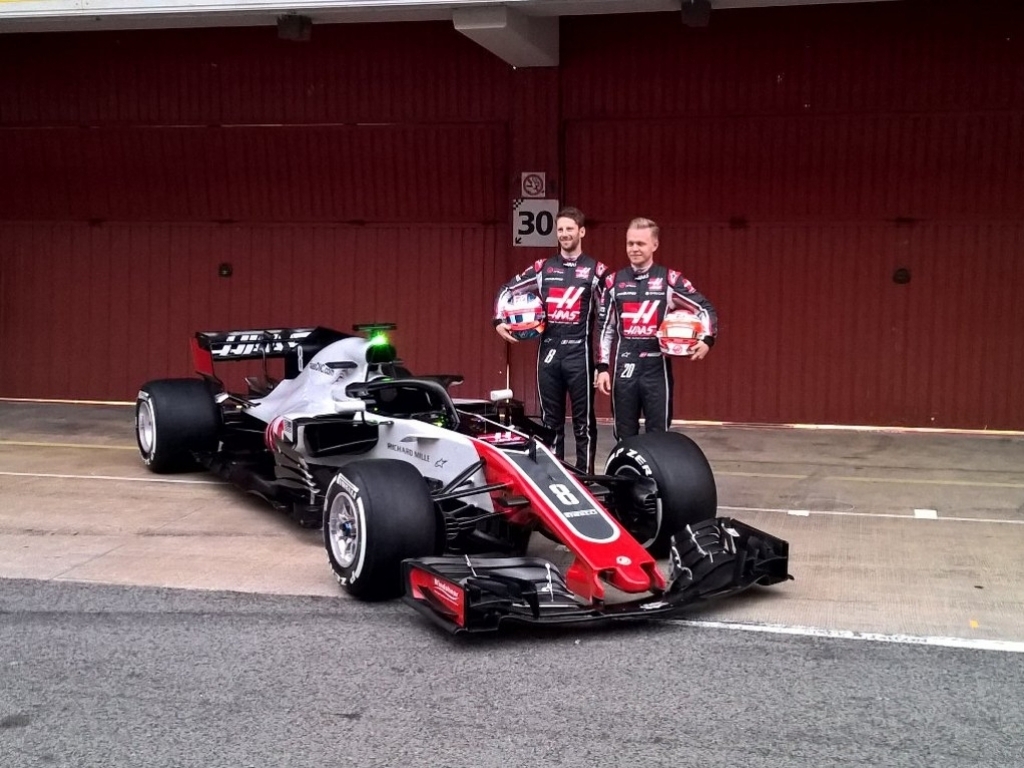 Although we’ve all seen the Haas VF-18 and the Toro Rosso STR13, they were officially launched in Spain on Monday morning.

Haas was the first of the Formula 1 teams to reveal their 2018 car when they released photographs in mid-February.

But it wasn’t until Monday morning, an hour before testing, that they made it official.

The VF-18 was unveiled in the Barcelona pitlane with Romain Grosjean and Kevin Magnussen present.

Grosjean will drive the car on Monday, the opening day of testing.

Toro Rosso followed suit a short while later as the Honda-powered STR13 was presented to the world’s media.

The team had planned to launch the car in Spain but were forced to release a picture last week after one was leaked on social media.

Toro Rosso’s STR1 will be driven by Brendon Hartley and Pierre Gasly in this year’s championship.