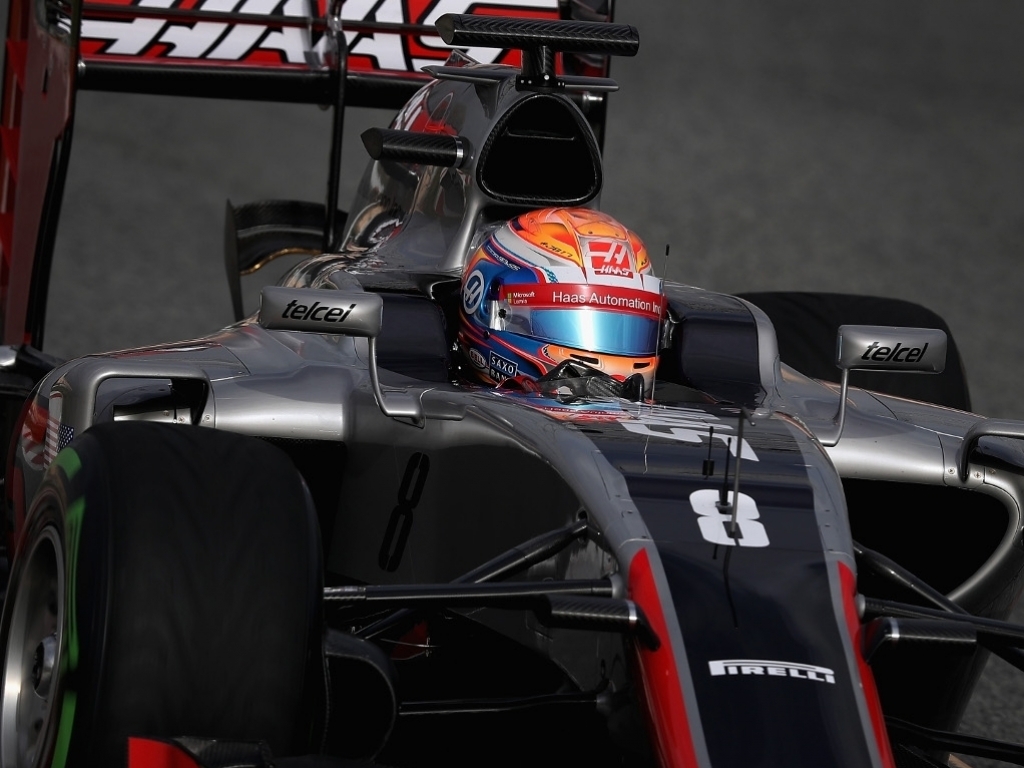 Although Haas were able to introduce a interim fix for the front wing issue on Monday in Spain, Guenther Steiner says they will have a proper solution in place on Tuesday.

Romain Grosjean brought out the only red flag on Monday's opening day of testing at Barcelona as his VF-16 suffered a front wing failure down the main straight.

The meant the Frenchman's running was curtailed as Haas sought an interim solution while a new design was sent to Spain from the Banbury factory.

“We had a good start to the day and then we had a problem with the front wing," said team boss Steiner.

"Obviously, we had to stop and evaluate the problem and find a solution. We found an interim solution, but we will have to find a solution by tomorrow [Tuesday] morning.

"We got out running again and got a lot of data. It would have been nice to run more, but we still got some laps under our belt and we look forward to tomorrow."

Meanwhile Grosjean was happy with his first day of action for Haas as he finished P10 with a best time of 1:28.399, which was 3.460s of Sebastian Vettel's P1 pace.

"It was a pretty exciting day. The morning went very well until we had a small front wing failure," he said.

"It compromised our afternoon a little, but it was good that we could put some laps on the car later. We don’t have any big problems.

"Of course, you always want more and more, but I think the most important thing is that I’m happy with the car. The first impression is really good. The car balance is there straight away."