Home Uncategorized Haas ‘not getting excited’ over Magnussen’s P2 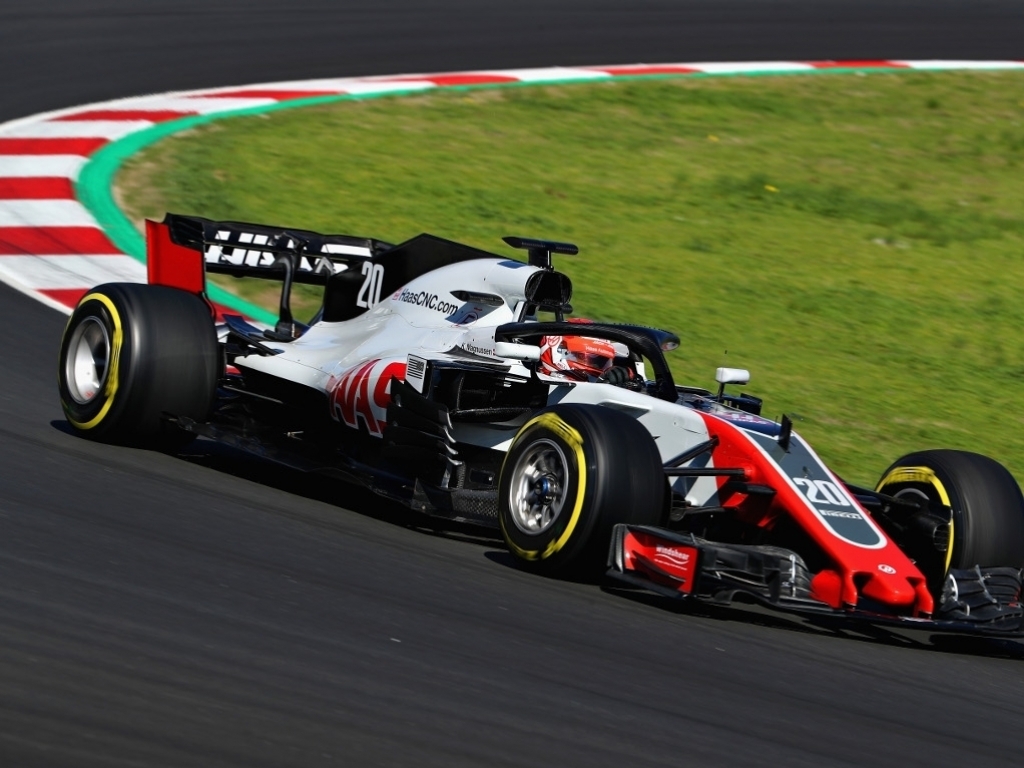 Kevin Magnussen may have concluded his pre-season with the second fastest lap time but he says Haas are “getting excited” over it.

Putting the supersoft tyres on his VF-18, Magnussen set a 1:18.360 at the Circuit de Catalunya on Thursday.

It was an impressive lap time as it put him second on the day’s timesheets and third on the overall log.

The Dane, though, says Haas aren’t getting carried away as it is just testing.

“We have to wait and see,” he told Crash.net.

“We are not getting excited already.

“So we will have to wait until Melbourne to really get a better idea of where we are going to be.

“Then the first couple of races will probably show another picture. Hopefully we can do well, but it is too early to say now.”