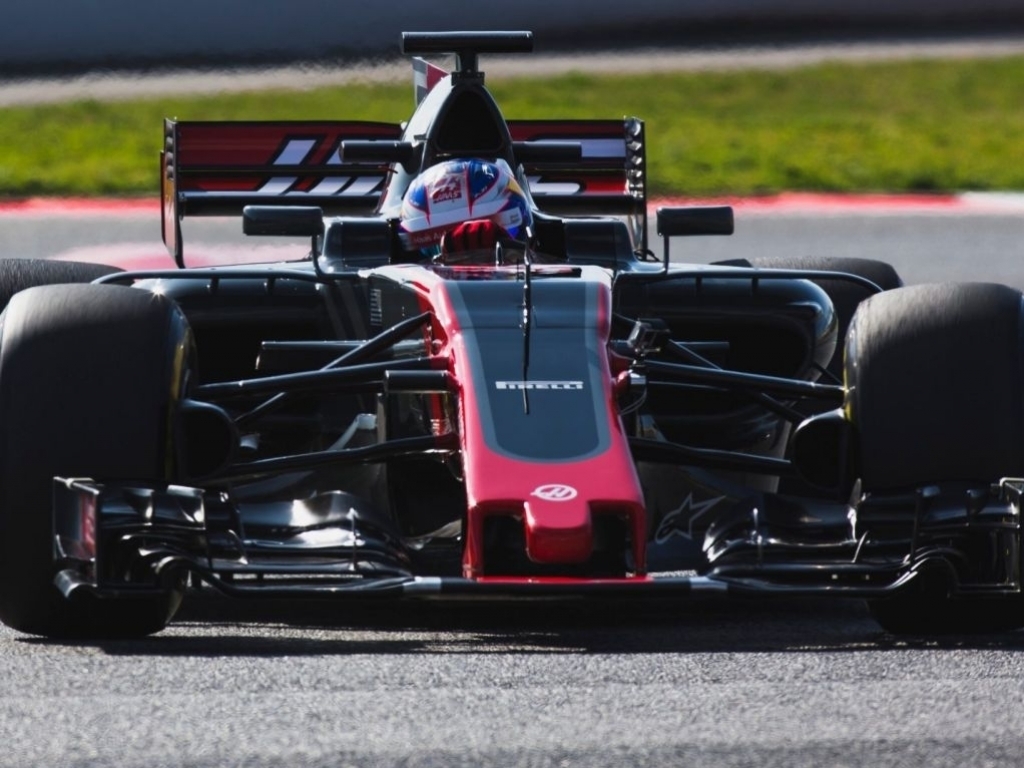 Haas have launched their new VF-17 car for the 2017 season online on the eve of the first pre-season test in Barcelona.

The American-based team were a pleasant surprise in 2016 after scoring points in the first two races of their debut season.

But they would go on to finish eighth in Constructors' Championship last year, and will be aiming to score points in every round, not just the first two, in 2017.

The sames colours from last year make up the team's livery for 2017, but the grey is much more predominant and the while has been relegated to a secondary colour.

The VF17 also features the same thumb-style nose and shark fin which has been adopted by many of the teams' launch cars so far.

Upon release, Gene Haas, founder of Haas Automation, is hopeful that the VF-17 can deliver on the company’s mantra.

“Being a Formula One participant brings a level of credibility that you just won’t get through traditional advertising,” said Haas.

“People are kind of ‘show me’ people, like show me what you can do and then I’ll believe in you. That was the initial concept – to convince people of our ability to do things others can’t, and I think that translates into being a machine tool builder.

Romain Grosjean will be joined by new team-mate Kevin Magnussen, who would not commit to the one-year deal on the table from Renault.

The #VF17 has arrived! And now, the first video of the @Haas_Automation car has also arrived.