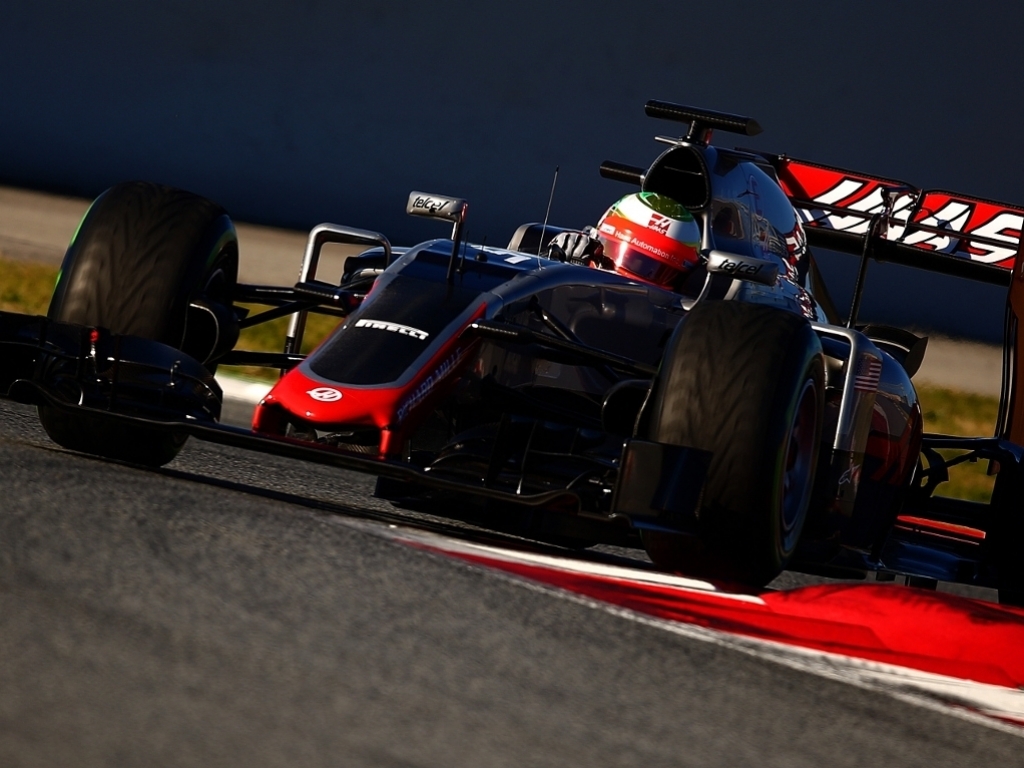 Romain Grosjean
Q: Haas F1 Team tested at Barcelona for eight days over a 12-day span. How did it go and how did it prepare you for Australia?
RG: “The first week went very well. There were a few good surprises, a few less fun but, generally, the team has been impressive. The Formula One world has been impressed by the fact that we were in Barcelona and able to go out and do some good laps. The car felt good and it looks like everyone’s been working together for a long time. The team spirit is really good. There’s a lot of experience here and everyone is listening to each other, which makes it nicer. I was very happy with winter testing and the way everything is going ahead of Australia.”

Q: You’ve been a part of many preseason tests. How did this one go?
RG: “There are always up and downs and things you need to do. There’s some boring stuff and some fun stuff. Eight days is not a lot of testing, but coming from scratch, where we started, it’s been impressive. Everyone is looking forward to going to the first race.”

Q: How satisfying was it to have so much input into developing a new car for a new team?
RG: “It was a once-in-a-lifetime experience, being part of a new team and driving the car out of the garage for the first time, especially with Haas being an American team. It’s been a unique experience. It’s good to be able to give your advice, give your feedback. All the engineers have been listening a lot. Everyone is an important piece of the puzzle and we’re all trying to do our best. Team spirit is important in a sport like Formula One.”

Q: How would you describe the VF-16?
RG: “It’s a good car with a really good baseline. It felt very similar to the simulator, which is good as well. It’s probably going to help us work twice as fast. I felt comfortable straight away in the car. There are a few things we can still adapt and get better but, in general, I was very happy with the way the VF-16 has been working.”

Q: What are your goals for Australia?
RG: “It’s early to set goals but, of course, we want to score points as early as possible in the season.”

Q: Explain a lap around the Albert Park Circuit.
RG: “Going down the main straight and heading into turn one, you always get the sun in your eyes. It’s quite a nice corner, right inside corner, fourth gear with a little bit of inside curb then outside curb. Turn three is a bit of a tricky corner. You have to be careful on exit and well placed for the next left, which is turn four. Turn five, if you’ve got a good car, it’s flat out. Turn seven is then a right inside corner in third gear. It’s quite a good corner as well, with a bit of a tricky curb on exit. Turn nine requires big braking. Total application is very important because you’ve got the backstraight and you’re very close to the wall on exit.

“Then you have my favorite corners between (turns) 11 and 12 and 13. It’s high speed, sixth gear probably. It’s a good feeling. Going into (turn) 14, you have lots of braking as you’re carrying quite a bit of speed in there. (Turn) 15 needs just a bit of a lift off (the throttle), right inside corner, pretty cool to drive. You then need to be well positioned for the last braking point into the left-hand side, where it’s quite tight. The last corner you want to stay flat out, but it’s a bit of a tricky one with a bump in the middle.

“I enjoy Albert Park. It changes a lot during the weekend. It’s not a permanent circuit, so the grip is changing a lot. The race start is quite late, but it’s one of my favorite grand prix. It’s not an easy track to get on with. It’s very hard on fuel consumption as well. For the first race of the season, it’s going to be interesting.”

Esteban Gutiérrez
Q: Haas F1 Team tested at Barcelona for eight days over a 12-day span. How did it go and how did it prepare you for Australia?
EG: “It’s been quite an experience. The team worked very hard day and night. The first week was very positive and we managed to get a lot of laps in. The second week was quite challenging. It was important to keep focused. Preparation is always the period when you experience all the problems, yet you find solutions in order to get ready for Australia.”

Q: You’ve been a part of many preseason tests. How did this one go?
EG: “In general, better than expected. As a new team, we managed to put the car on track and, on the first day, we managed to do a very good amount of laps. Most importantly, we got to know the car, which is the biggest question mark after months of preparation. When I saw the car for the first time on paper, I was imagining how it would feel. Then finally, I arrived at Barcelona. I went out for my installation lap and after two or three corners, I could already say something about the car. It was a very interesting moment.”

Q: How satisfying was it to have so much input into developing a new car for a new team?
EG: “It’s been a different experience to be part of the team integration from when the conversations started with Gene (Haas) and Guenther (Steiner) back in the summer. Obviously, I’ve always tried to give an input from my experience and to try to be part of what was going on with the development of the car – to be aware, to be close to the team, to be close to the designers so I could best prepare myself. It’s a whole new adventure and it’s an honor to be a part of it.”

Q: How would you describe the VF-16?
EG: “I love driving it. It’s very enjoyable. I’ve had cars in the past which were difficult to fine tune in order to get a good feeling where you can anticipate, where you can push the car to the limit. The VF-16, straight away had a good feeling. As a baseline, that’s always a good sign. It’s a great car.”

Q: What are your goals for Australia?
EG: “First of all, we need to find out how competitive we are. I hope we are as competitive and as good as the car feels, but we need to maximize and optimize what we have. Our target is clear – to achieve points. It is quite ambitious as a new team, but that’s what we’re targeting and we’ll work very hard to achieve it.”

Q: Explain a lap around the Albert Park Circuit.
EG: “It’s a combination of a street and permanent circuit. It’s a bit bumpy in certain arears. You arrive into turn one, right-hand corner. You have to react very quickly because you have the curb and then straight after you have a left-hand corner which opens up. You try to go on power there and you start to slide a bit, which makes it very nice. Then turn three is a slow-speed corner where you have to prepare for turn four. The line for turn four is important to set up for turn five, as it’s a very high-speed corner and you have the walls around it, so it’s very exciting to drive. Then you arrive into turn six and turn seven, where you brake with a little bit of load. It’s a fairly medium, high-speed corner which you go usually in fourth gear. You then go into a section where you are flat out. You arrive into the chicane. It’s a very tricky part to arrive and get a good line on entry, because the following straight is long and there’s a section where you arrive into a very high-speed corner, a very high-speed chicane, which is iconic of Melbourne. I enjoy this corner. Then on the backstraight, you arrive into the last part of the circuit, the last sector, which usually is pretty straightforward. There’s a 90-degree corner, then a medium pit corner, and you arrive into the last hairpin. In the last corner, you’re trying to go from a very low speed. You pick up the throttle and start to glide a bit onto the last corner, trying to get on power as early as possible for the main straight.”