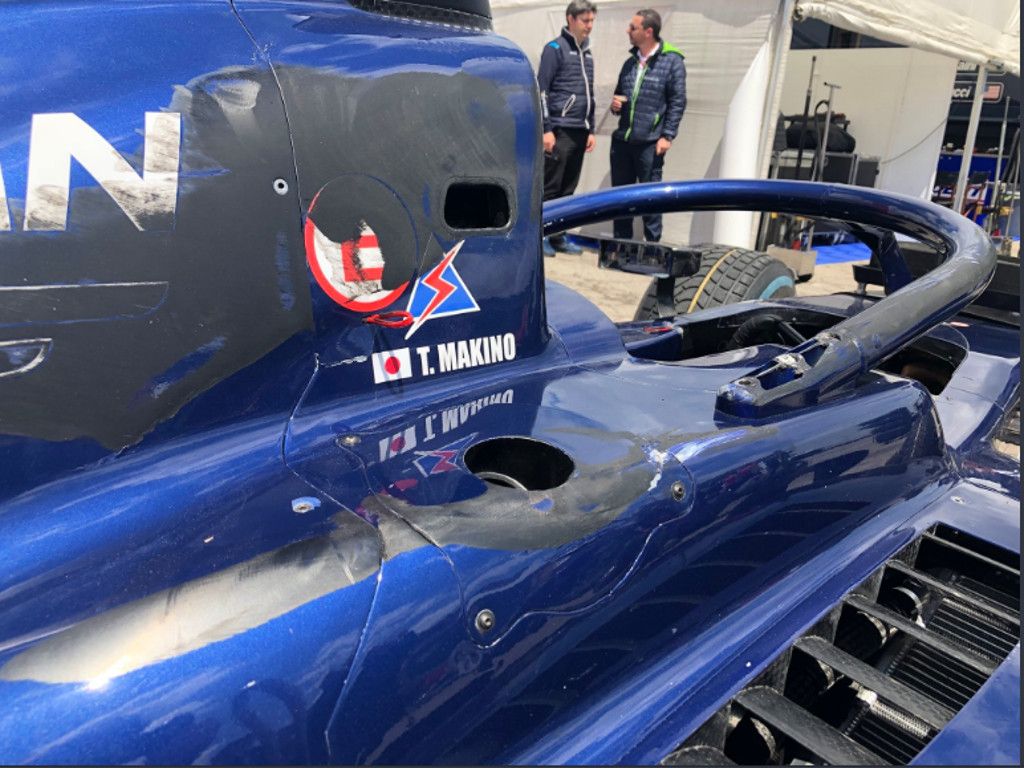 This season both Formula 1 and F2 are racing the Halo after the cockpit protection device became compulsory.

And on Sunday it faced the first true test.

Makino crashed in the F2 sprint race in Spain, taken out by Nirei Fukuzumi at Turn 4.

Fukuzumi was launched into the air and his rear left wheel struck Makino’s Halo as well as the engine cover and sidepod.

ICYMI: The halo did it’s job in the F2 race on Sunday as Nirei Fukuzumi’s Arden rode up on top of the halo on the Russian Time of Tadasuke Makino#SkyF1 #F1 #F2 #Halo #SpanishGP pic.twitter.com/kbkbCEUYx5

Formula 1 and the FIA will investigate the incident.

Whiting told Reuters: “We will do an incident investigation on that one because judging by the photos we’ve seen, and the accident itself, it looks very much as if it could have been a lot worse without the Halo.

“When you look at the tyre marks on the bodywork behind and all the way down the side of the Halo, where the tyre marks start on the Halo is exactly where one of the two test loads is applied.

“Even if it didn’t actually save his life, it could have been nasty without the Halo.”

Makino stated in the aftermath that he was “very grateful” for the Halo.

Didn’t see much when the accident happened but afterwards very grateful to have my halo😅 pic.twitter.com/sdmK5xiyT0