Home Uncategorized ‘Halo protection not ideal but better than nothing’ 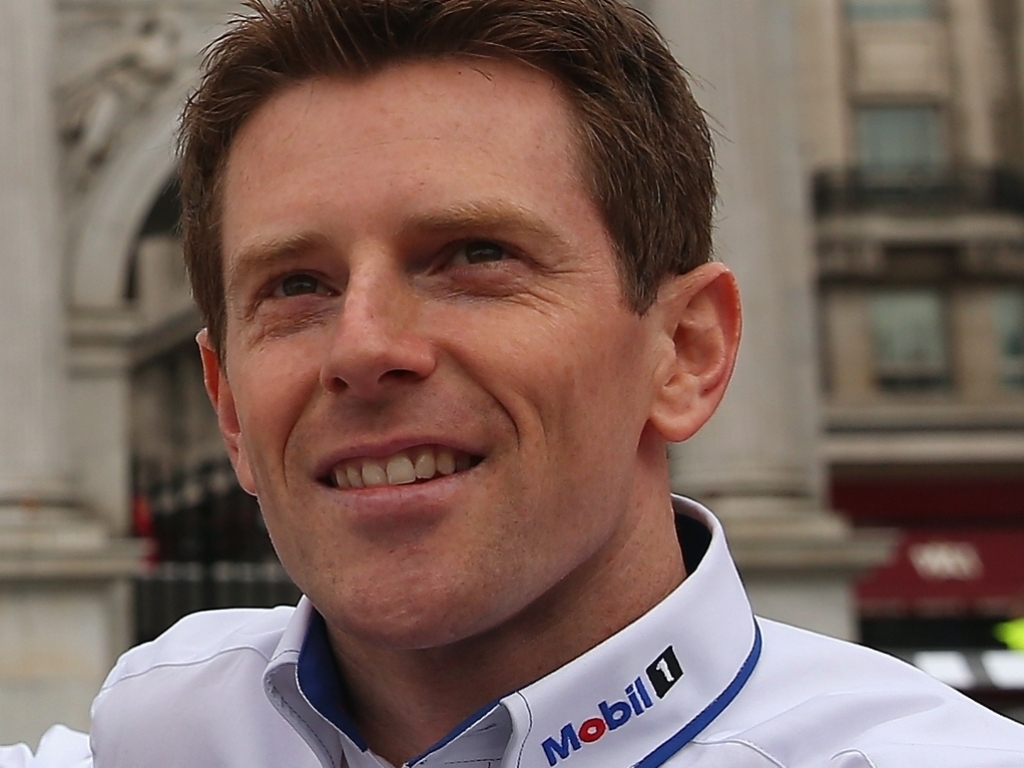 Former F1 driver Anthony Davidson says the proposed halo concept, designed to protect the driver's head, may not be an ideal solution but it is the "best compromise."

Following the deaths of Jules Bianchi and Justin Wilson last year, both as a result of head injuries, closed cockpits have been mooted for Formula 1.

The debate has divided F1 personalities and fans alike as while some feel head protection must be introduced, others fear it would change the very nature of F1.

The matter was discussed earlier this week at F1's Technical Regulations meeting, which involved the FIA as well as technical representatives from all 11 teams.

The idea that is believed to be topping the list of proposals is a halo concept, which would surround the driver's head. However to hold it firmly in place it would need a central fin that would be directly in the driver's eyeline.

Former F1 driver Davidson, who now competes in the World Endurance Championship, trialed the design in Mercedes' simulator and says while it is "not an ideal solution", he doubts a perfect one could be found.

"Side vision doesn’t seem to be too different at all compared to what the drivers would be used to, but the version that I tried had a central fin or post," Davidson explained to NBCSN pit reporter Will Buxton.

"I think a lot of the teams have been working on that in conjunction with the FIA to come up with the best solution. It’s not ideal. It really is not an ideal solution and it’s never going to be.

"As I’ve said before, the more you try and increase protection for the safety of drivers, the flipside is you suffer with visibility and the central post is, honestly, like a big aerial sticking up in many ways which the drivers already have to deal with. It is a distraction.

"I found that actually in cornering, that was the one time you could forget about it. It was on the straights and looking at things on the horizon straight ahead of you, like trying to pick out an early braking marker board, I found that it sometimes would obscure the view.

"Actually in the corner, in the apex, looking for the kerbs and picking out the details you normally look for, that didn’t change at all. I was quite relieved about that. It was more just straight ahead.

"Obviously one thing you can’t account for in the virtual world is what it’s going to be like in close combat with another car, when you’re completely behind them. I don’t know. But that’s going to be another challenge I think."

But despite his concerns about visibility being negatively affected, Davidson still feels it is "better" than having the driver's head completely exposed.

He added: "I think in terms of it making an object deflect and bounce away, it is always going to do a better job than being there in an open cockpit car with just your helmet.

"I can see why they are making steps to try and solve that problem. In trying to keep it in keeping with an open cockpit solution. They’re trying to tick every box and in a way it is an impossible task to please everyone.

"Aesthetically it’s not going to look as pretty as an open cockpit car. Visibility is not going to be as good as not having one in the first place, but the argument against it doesn’t really hold, I think. You have to accept it because it can’t carry on the way it has been with drivers dying because of a blow to the head.

"Through lots of thought you come to a conclusion that there is no easy solution. But for now, this seems to be the best compromise."