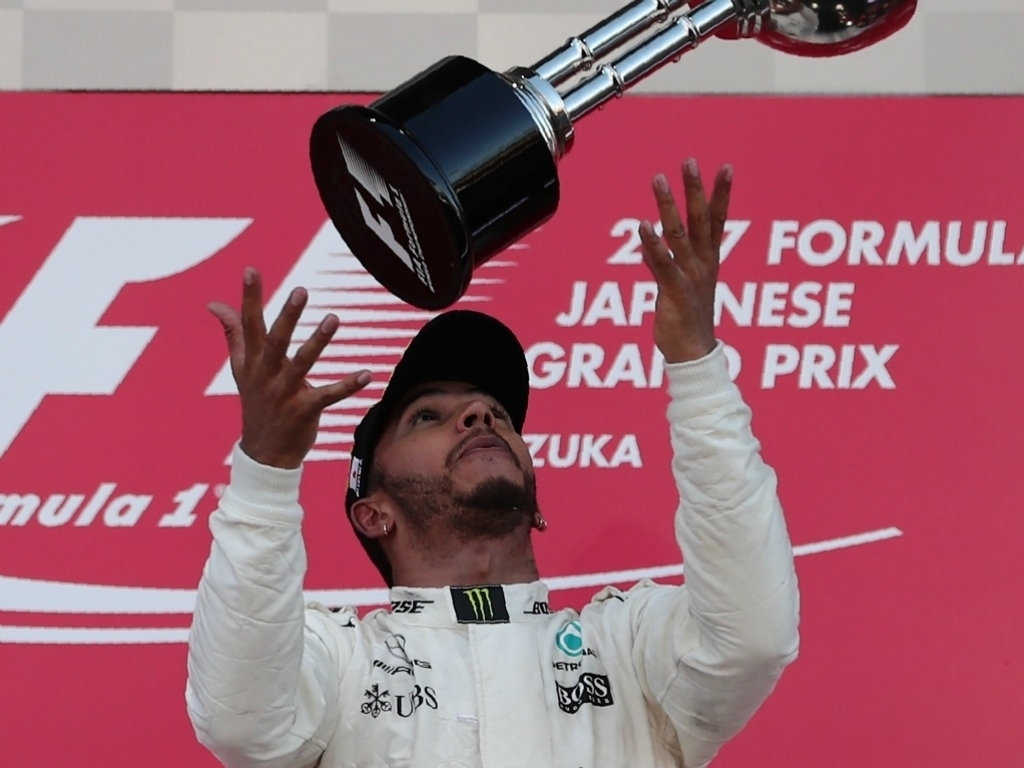 Lewis Hamilton has said he "could only have dreamed" having a 59-point lead in the World Championship standings with just four races of the 2017 season remaining.

A spark plug issue forced Sebastian Vettel to retire after just five laps in Suzuka, bringing his second retirement in just three races to leave his World Championship hopes dangling by the tiniest of threads.

Hamilton was in control for much of the race, but vibrations after a VSC period toward the end set up a nervy finale against Max Verstappen, whose last-gasp effort to win was hindered by traffic.

"Max drove an outstanding race and honestly it wasn't an easy one for us at all," said Hamilton on the podium.

"The Red Bulls just seem to be rapid in the race trim. Obviously we're quick in qualifying but it got very close at the end with the VSC and the restart. The tyres were cold and had a bit of traffic and he caught right up, so it was very close.

On the title picture itself, Hamilton added: "Honestly, I could only have dreamed of having this kind of gap. The Ferraris have put on such a great challenge all year long but I have to put it down to my team.