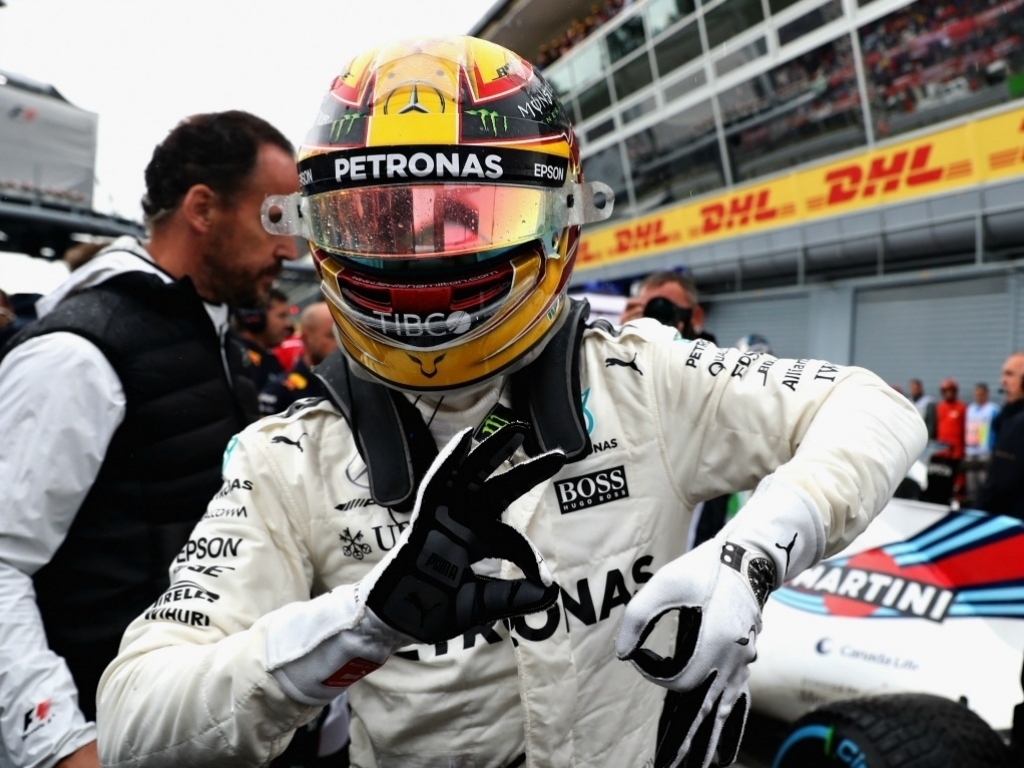 Lewis Hamilton was a little lost for words to explain how he felt about breaking Michael Schumacher’s all-time pole record, but described the experience as an “amazing challenge”.

As he so often does in the wet, Hamilton came to life at Monza to claim a 69th career pole and move one clear of the previous record set by Schumacher.

The Brit was over a second quicker than the rest of the field, which is very jumbled up due to the changeable conditions and engine penalties with Lance Stroll starting P2 and Esteban Ocon in P3 replacing the penalised Max Verstappen and Daniel Ricciardo.

“It’s very hard to find the words to explain how I feel,” said Hamilton.

“I can’t believe that so much time has passed, there’s been great experiences.

“There was a lot of pressure for the last lap, there could have been a red flag or yellow flag, it was a big risk, I gave it everything.”

Hamilton explained the different variables he was facing despite setting fast lap after fast lap with Sebastian Vettel and Kimi Raikkonen not able to get anywhere near the same response from their Ferrari cars.

He added: “Back on the extremes, there was a lot more grip, more traction, clearing the water better, but we set the car up for the dry.

“Unless you know it’s a wet weekend, here in the dry it’s more of a slippery set up, so when you get to the wet you’re driving a stiff car and there’s not a lot of give.

“It definitely makes it a bit trickier, it’s a lot harder to tame it, it’s more snappy, finding the dry patches, how quickly you get on the power.

“It’s easy to get deep on the corner and then not get the exit [right], it’s an amazing challenge.”