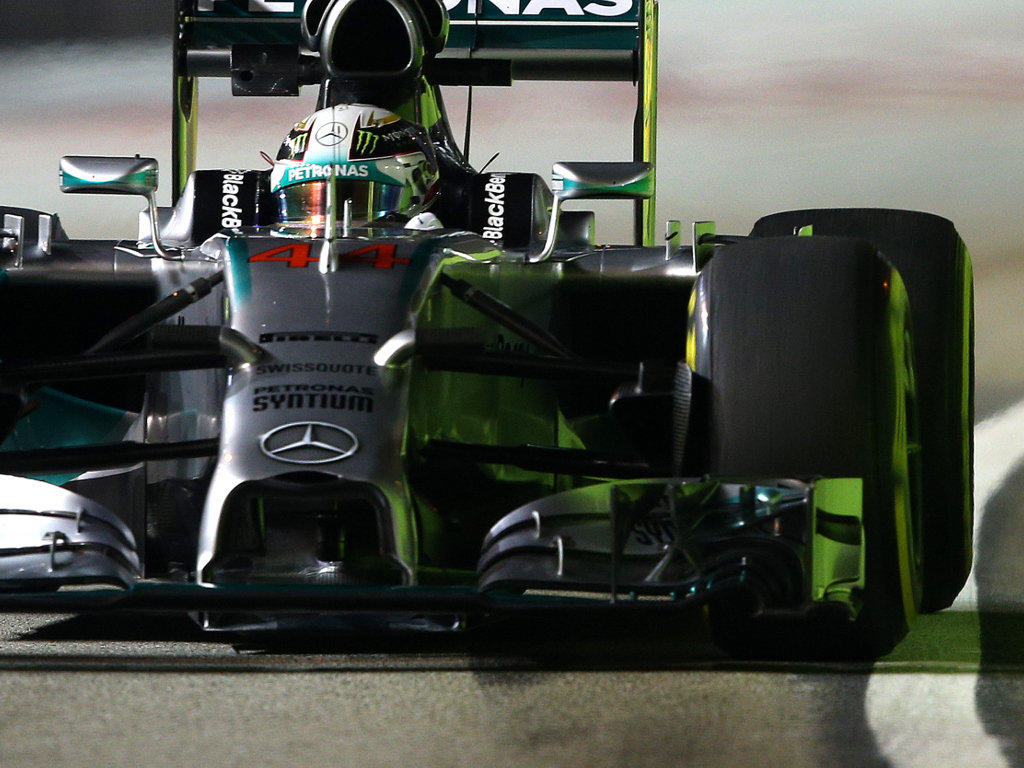 Despite a “clean” Friday and a pace-setting lap time, Lewis Hamilton has revealed he wasn’t entirely happy with his running in Singapore on Friday night…

Despite a “clean” Friday and a pace-setting lap time, Lewis Hamilton has revealed he wasn’t entirely happy with his running in Singapore on Friday night.

Second quickest in the evening session at the Marina Bay circuit, Hamilton later topped the timesheets in the night session.

However, the Championship hopeful had a few issues along the way.

Complaining that his W05 was “all over the place”, Hamilton later spoke of a “small vibration” with the brakes.

This prompted the question after FP2 as to whether he was comfortable in the car.

He responded: “I wasn’t totally comfortable, but it was a work in progress.

“We had some changes between P1 and P2 and, I don’t know if it was something with the track, but for example the balance was a lot harder to find.

“We’ll look in to detail what it is, but I think we lost a bit of performance on my side particularly in that session.”

However, with no major problems, Hamilton admitted that it was “good to get a clean Friday with no problems and hopefully it continues for the next two days.”

Looking ahead to Saturday’s qualifying for the Singapore GP, the 2008 World Champion says he’ll be chasing a front row start as overtaking is difficult at the street circuit.

“The right side always gets better stars and it’s impossible to pass,” he said. “Getting to the front as always is going to be really important, that’s the target.”

Hamilton, however, believes he could face some competition from more than just his team-mate Nico Rosberg.

“I feel good but Nico is very quick as well, and also the Red Bulls, we don’t know where they’ll be, plus Ferrari looks quite quick, but we just need to focus on our own job.”