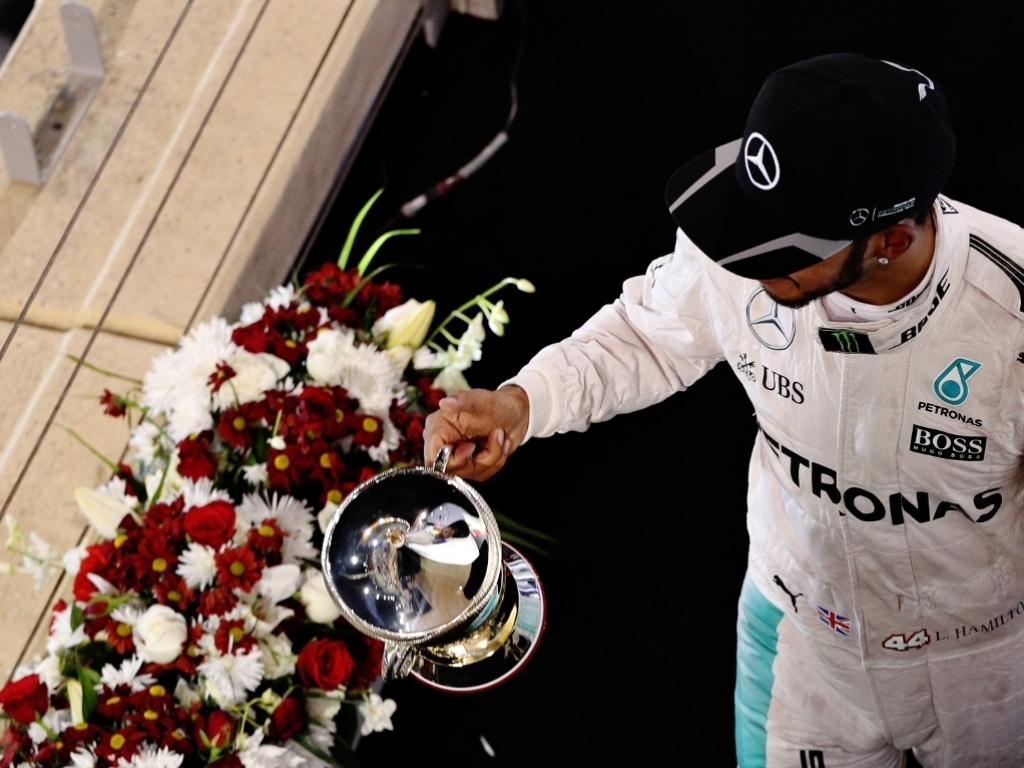 After another podium performance for Lewis Hamilton at last weekend’s second race of the season in Bahrain the reigning World Champion continues to add to his superb catalogue of record breaking career statistics. Hamilton is aiming to become the first British driver to win four F1 World titles this season and next time out in China he will be looking for his first win of the season, to end his teammate Nico Rosberg’s five race winning streak which extends back across the last three rounds of 2015.

Hamilton has started his title defence with two podiums so far, putting him second in the early 2016 driver standings, 17 points behind Rosberg. Hamilton has the resources and experience to claw the gap back over the coming rounds.

Indeed Hamilton is the most successful Brit in F1 history, as the British driver with most podium finishes under his belt (89). He has amassed a raft of brilliant career stats, as the Brit with most career race wins (43), most Pole Positions (51), most career points (1900) and most wins in a season (11 in 2014). He also holds the record as the youngest British driver to win a race (22 years 154 days, 2007, Canadian Grand Prix) and he is the Briton with the most podium finishes in one season, 17 from his superb 2015 campaign.

There have been 160 Formula One drivers from the United Kingdom, the country has produced ten world champions and British drivers have won 247 races since 1950. Over the last 20 years British drivers have now achieved 255 podiums, adding to the 360 podiums notched up from 1950 to 1994.

As the accompanying infographic highlights British drivers have scored 56 podiums on home soil, with 48 podiums notched up in Germany, 42 podiums achieved in Monaco, 42 podiums in France and 40 in Italy, making those the five most successful hunting grounds in British F1 driving history.