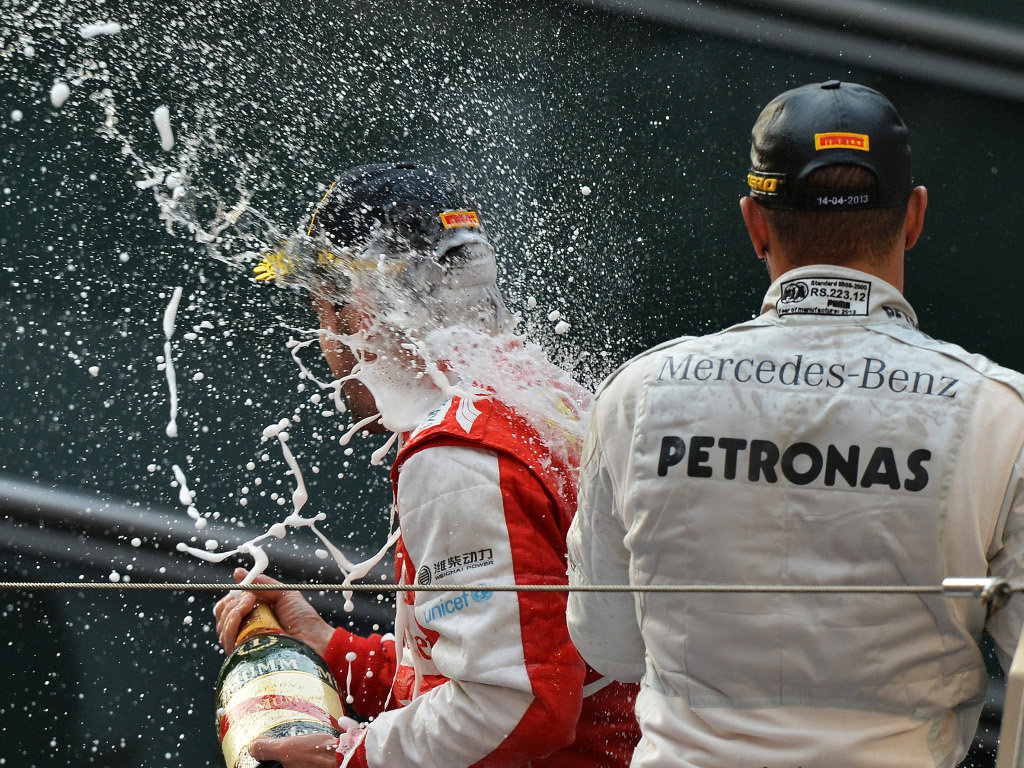 Lewis Hamilton admits Mercedes still have to work to do after failing to match Ferrari and Lotus in Sunday’s Shanghai GP.

The final few laps of Hamilton’s grand prix was one of the highlights in China as the Mercedes driver, on worn medium tyres, was hunted down by Sebastian Vettel and his fresh soft rubber.

With Vettel closing in at over two seconds a lap – and right on Hamilton’s rear wing for the final one – the Brit did well to hold off the Red Bull racer to secure his second podium finish in as many races.

“Sebastian was getting bigger and bigger in my mirrors in the final laps,” he said. “It was close but I’m still happy.”

But while Vettel was closing in on Hamilton, the 28-year-old was also losing ground to Fernando Alonso and Kimi Raikkonen. The Ferrari driver won the race by 10 seconds ahead of Raikkonen, who in turn was 2.2s up on Hamilton.

“We would have loved to win,” Hamilton said, “but Fernando was excellent and we don’t have the same race pace as Ferrari or Lotus.

“We have got some work to do but it is a blessing to be as high as we are.”

Pressed on the issue during the post-race press conference, the 2008 World Champ conceded there were several areas where Merc needed to focus on their W04.

“I am not really sure where we are losing out.

“Today just the overall pace was not there and there are definitely a couple of areas we can focus on on the car.

“We have some updates and need to keep improving. We have to work out where we are losing the time, try and zone in on that and improve that.”