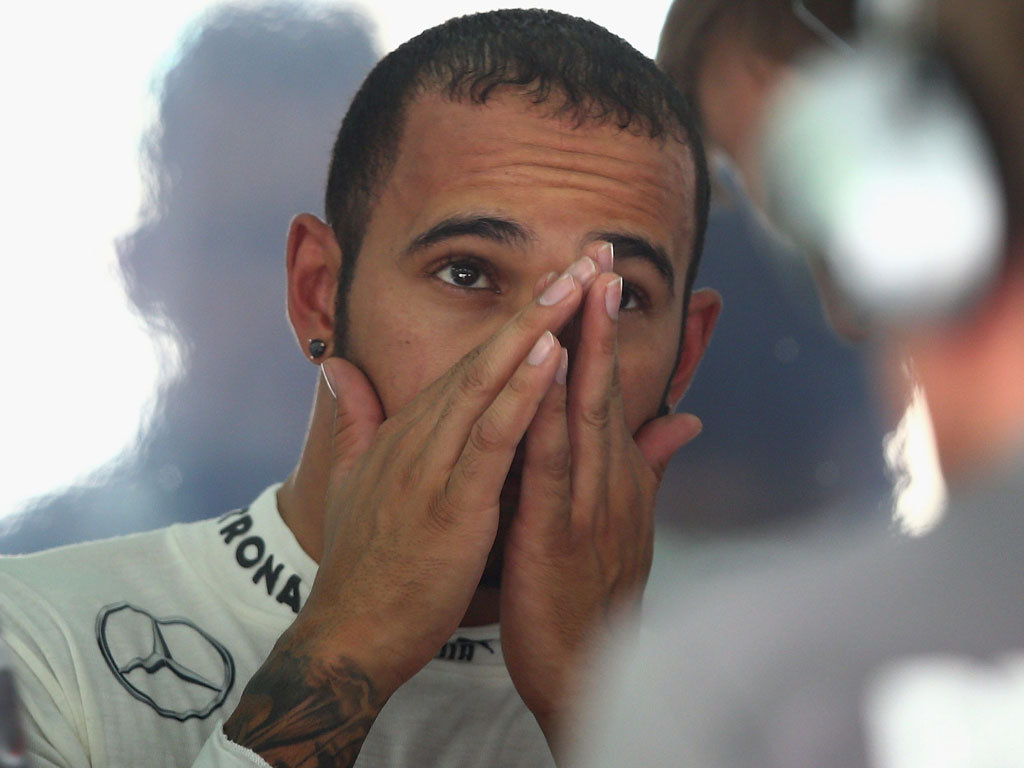 While Nico Rosberg qualified first for the Bahrain GP, his Mercedes team-mate Lewis Hamilton concedes he didn’t have the best time of it…

Nico Rosberg may have topped qualifying for the Bahrain GP, but his Mercedes team-mate Lewis Hamilton concedes he didn’t have the best time of it.

Hamilton recorded the fourth quickest time in Q3, some 0.432 behind Rosberg, but a five-place penalty for a gearbox change means that he will start from ninth spot on the grid.

The grid penalty, picked up in the weekend’s final practice session, meant the Briton was never going to be able to secure back-to-back poles, but he reveals that he knew from the start of qualifying that he wouldn’t have the speed to head the pack.

“The guys are just looking at the data right now; I just asked them because the car didn’t feel the same as it did in P3,” Hamilton explained.

“P3 was a big improvement; in P1 and P2 we were having some problems with the car, we fixed them overnight and the car felt much better in P3 but when we got to qualifying it went back to feeling very similar to what it like it felt like in P1 and P2, for whatever reason.

“But Nico did a great job today, I wasn’t able to match his pace and tomorrow it’s going to be a tough race for me from ninth place but I will do the best job I can.”