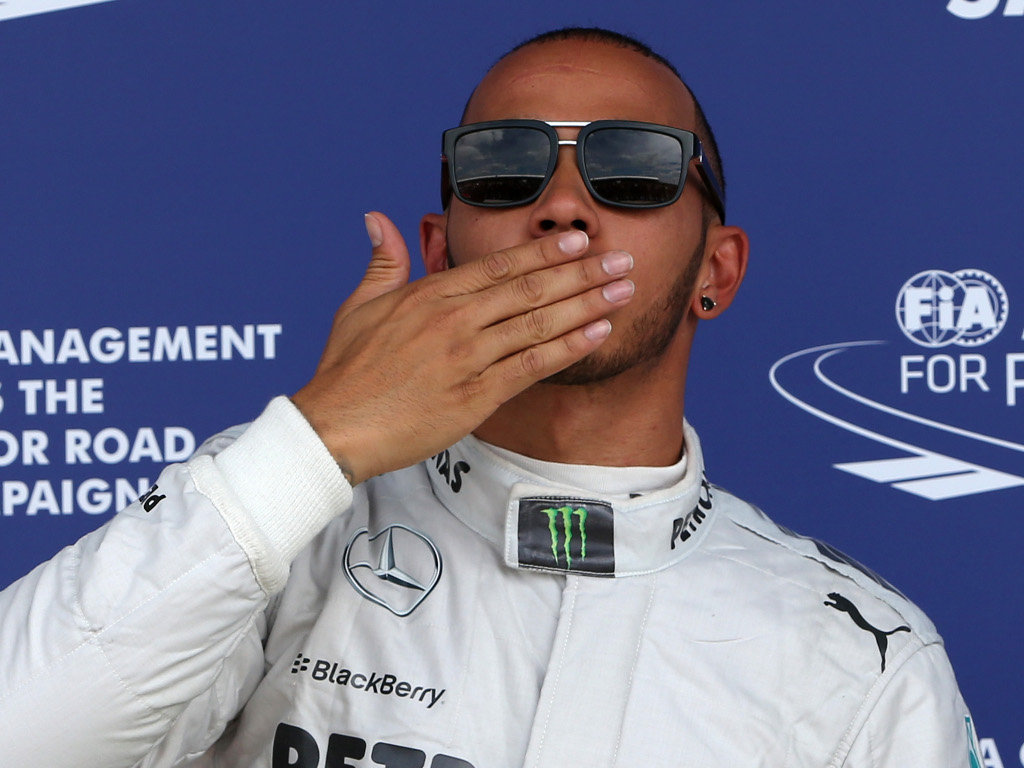 Despite securing pole position and locking out the front row, Lewis Hamilton fears he could lose out to Sebastian Vettel come Sunday’s British GP….

Despite securing pole position and locking out the front row, Lewis Hamilton fears he could lose out to Sebastian Vettel come Sunday’s British GP.

The Mercedes driver was the one to beat in Saturday’s qualifying at Silverstone, posting a 1:29.607 to beat his team-mate Nico Rosberg by 0.452s.

The two Red Bull racers were next in line with Championship leader Sebastian Vettel putting his RB9 up into third place ahead of Mark Webber.

And it’s Vettel that Hamilton fears could put an end to his home crowd celebrations come Sunday especially as his own W04 is known to be hard on its Pirelli tyres.

“I think undoubtedly it’s going to be tough to keep Sebastian behind,” the 28-year-old said. “But our long-run pace wasn’t as bad as we’ve seen in the past.

“I’m hoping that with the temperatures and with a bit of care we can nurture the tyres to get a good result.

“I’m going to be pushing, giving it my all tomorrow – as I’m sure Nico will as well – to try and finish up ahead.”

Hamilton’s second pole of the season saw him close the qualifying gap to Rosberg to two to three in the German’s favour. The Brit, though, says edging his team-mate is not his driving force.

“I’m always on the edge, I always have the determination but it’s about trying to get my car where I wanted it to be.

“So when I went out I was hoping my car was where I wanted it to be.”

The Brit took the time at the start of qualifying to give the crowds a wave, acknowledging the added support of his home fans.

“The fans sit there for a long time during the day and I don’t get to see our faces, so it’s one opportunity when I do get to see them and try to attract what I can from them as their support means a lot.”

He added: “It’s incredible; it feels just like it did in 2007. Just to see the crowd here today is fantastic, such a great turnout for everyone so that was a lap for them.

“I hope that tomorrow we can do something special for them but this is really down to the team; they’ve just been doing a phenomenal job, improving the car constantly.

“I haven’t been feeling 100 percent comfortable in the car all weekend so I was really happy to finally get a lap.”