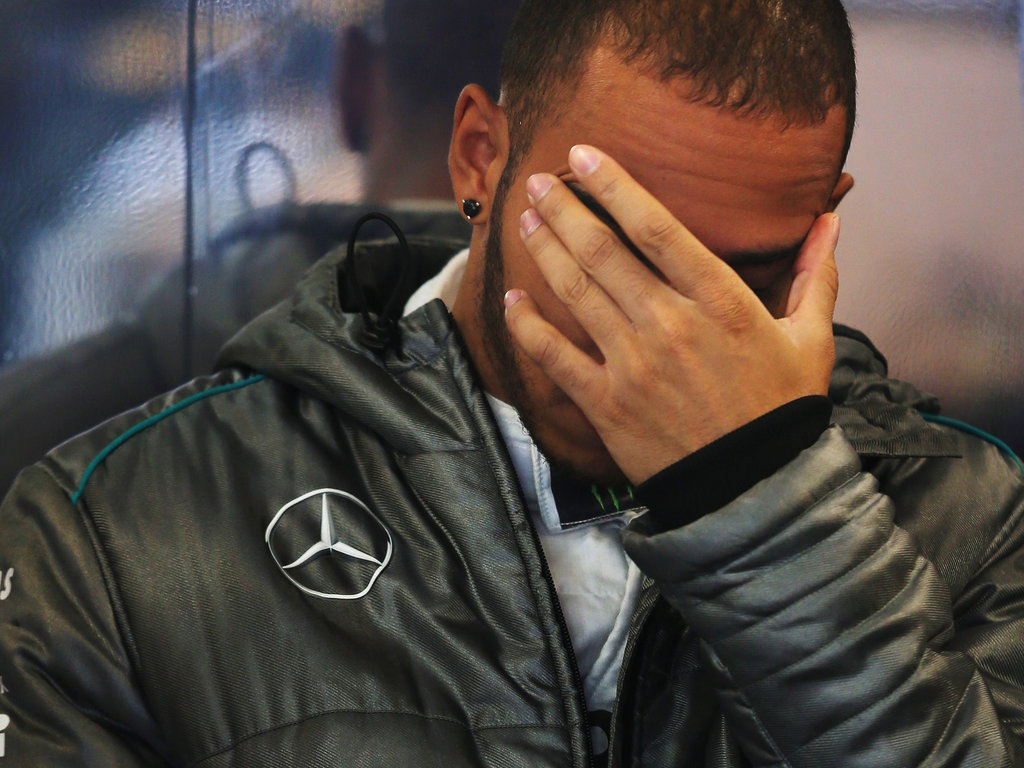 Lewis Hamilton was once again left perplexed by Mercedes’ struggles on the Pirelli tyres after he finished fifth at the German Grand Prix.

The 2008 World Champion produced another one-lap special in qualifying at the Nurburgring to start in pole position, but things went horribly wrong as soon as the lights went out on the Sunday.

He was overtaken by Red Bull drivers Sebastian Vettel and Mark Webber at the first corner and he continued to slip back throughout the race as his Mercedes tyres struggled in the heat.

He eventually had to settle for fifth place behind race winner Vettel, Lotus duo Kimi Raikkonen and Romain Grosjean and Fernando Alonso from Ferrari.

“I have to hold myself back because I’ve got nothing positive to say about these tyres,” Hamilton said.

“I don’t understand why we struggled so much on them, but that’s motor racing. The only positive is that we got some points.

“It’s a shame because the team is working so hard and doing such a good job. Clearly we’ve got a good car, but for some reason it just doesn’t work on these tyres.”