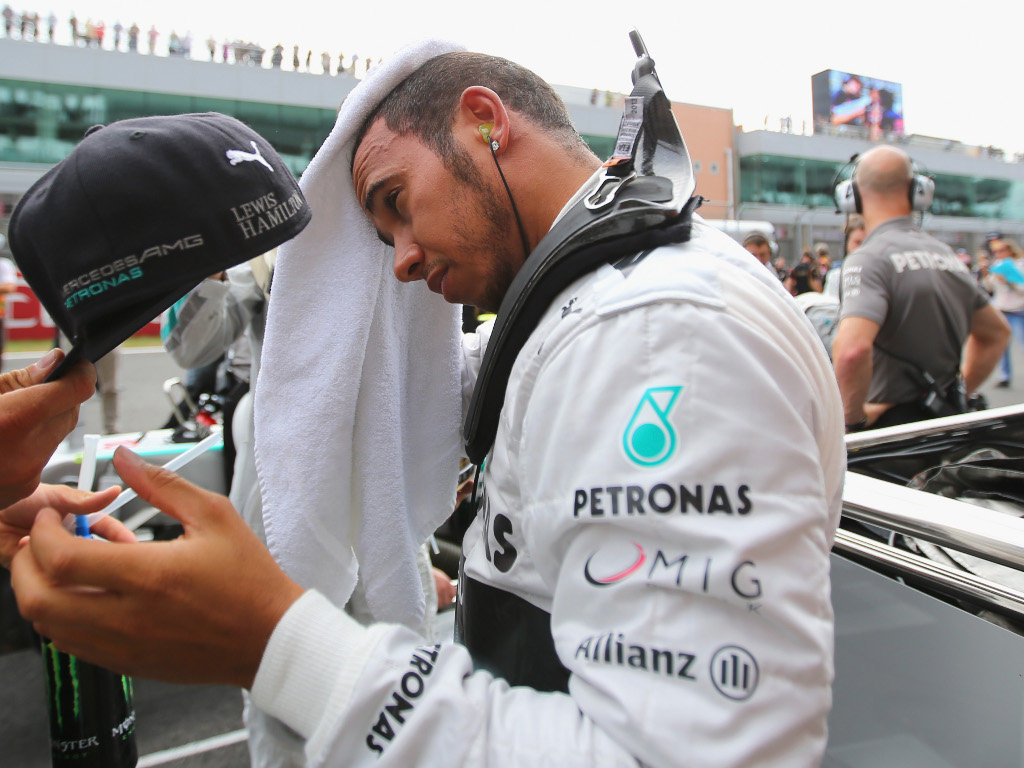 Lewis Hamilton has rued another ineffectual race from Mercedes and Ferrari, saying he and Fernando Alonso should not be fighting for P5…

Lewis Hamilton has rued yet another ineffectual race from Mercedes and Ferrari, saying he and Fernando Alonso should not be fighting for fifth place.

While Sebastian Vettel edged closer to a fourth consecutive World Championship after cruising to his fourth win in a row, Hamilton and Alonso were scrapping lower down the grid.

Hamilton couldn’t find his way past the Sauber of Nico Hulkenberg and finished fifth while the Ferrari driver was one place behind him.

The 2008 World Champion believes he and Alonso deserve to fight higher up the grid as they “are of a higher calibre”.

“It’s strange you know?” the Mercedes driver said. “Me and Fernando in fifth and sixth at the end having our own little race, yet we are of a higher calibre than that. We should be further ahead fighting with the World Champions at the front and with Sebastian.

“It was fun battling with Fernando but a disappointing race for us. We obviously would have liked to have finished higher; I think we deserved more as a team but things just didn’t go our way today.”

Hamilton was one of several drivers to struggle with their front-right tyre and he believes it cost him in the end as he found himself stuck behind the Sauber of Hulkenberg.

“The car was feeling okay, it’s just the right front was just destroyed all of a sudden at one point,” he said. “They said I might go through the graining phase but there was no graining, it was just dead.

“The tyre was losing temperature and I was locking up and couldn’t get round the corner, so it was a very difficult 10 or 15 laps I had to do on that tyre and that’s really what lost us so much ground. Then stuck behind a Sauber; jeez, the traction he had was incredible.”