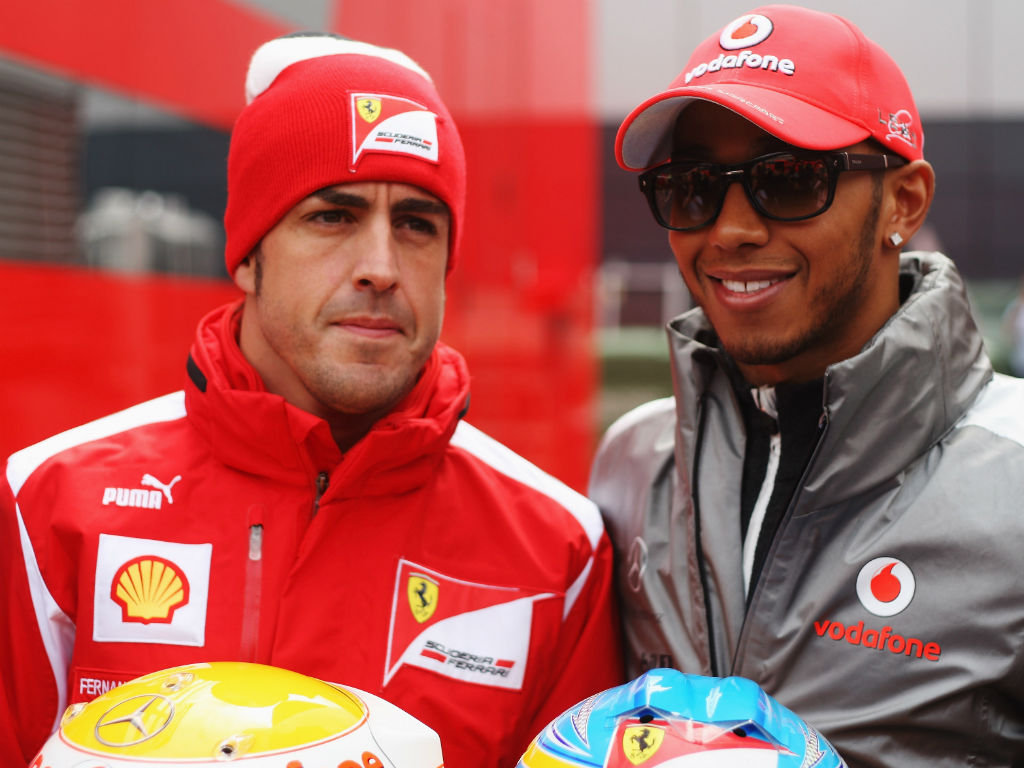 The Lewis Hamilton-Fernando Alonso love-in continues with the McLaren driver saying the Spaniard deserves to walk away with this year’s Drivers’ Championship.

Alonso has slipped to second in the standings behind Sebastian Vettel after the German won the last three races to turn a 39-point deficit into a six-point lead.

With only four races left this season and the Red Bulls looking unbeatable, many feel Vettel will be the man to beat in this year’s title race.

Hamilton, who has been very complimentary of his former team-mate Alonso in recent months, hopes the Ferrari driver is the one who becomes a triple World Champion come the end of the season.

“I feel like Fernando has deserved it throughout the year,” he said.

“His team haven’t made one mistake. He hasn’t always been the fastest but he has been up there. He has driven like the champion he is all year and I feel as though he is a three-time World Champion.

“Red Bull have been more up and down but they have still done a great job. They have won the last three races.”

Hamilton will swap Woking for Brackley at the end of the season after signing a three-year deal with Mercedes and there have been claims of a rift in the McLaren camp, but the 27-year-old dismissed those suggestions.

“I’ve never been distracted once this year,” he said.

“I’m still 100 per cent in this team to the last minute. People will continue to say that there is a rift between me and Jenson but there honestly is no issue between us.

I have been part of this team for so many years and have a great relationship. I think I am loved as much as I love the team. I hope it is possible to get a podium in the last four races but we weren’t quick enough in Korea.”