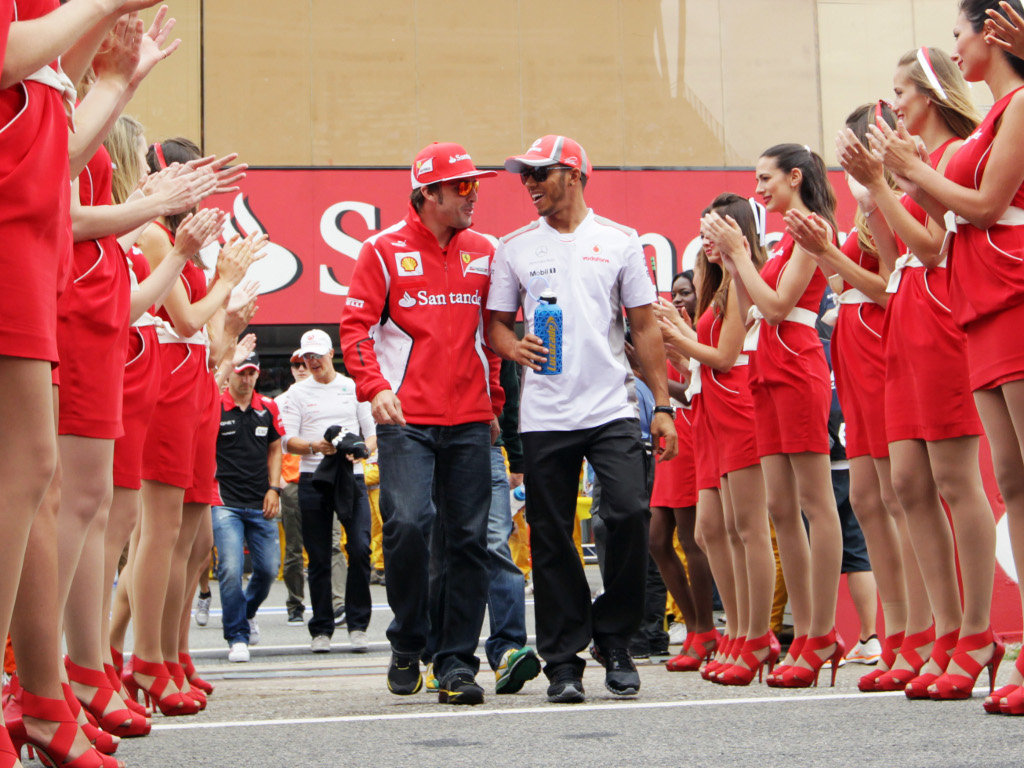 Lewis Hamilton reckons Fernando Alonso could be the one to take this year’s title, which shouldn’t come as a surprise given his past success…

Lewis Hamilton reckons Fernando Alonso could be the one to take this year’s title, which shouldn’t come as a surprise given his past success.

Alonso took the final podium position in Sunday’s Monaco Grand Prix, his second successive top-three finish, as Ferrari continued their climb back to the front of the field.

His P3 ensured the Spaniard is now the sole leader in the Drivers’ Championship as he holds a three-point advantage over Sebastian Vettel and Monaco winner Mark Webber.

And although there is still a long way to go in this year’s title race, Hamilton reckons Alonso could be the one to beat.

“He is a two-time World Champion and probably the best driver here.”

Hamilton’s comments come on the wake of Alonso’s own praise of the McLaren driver, who he believes is the favourite to take this year’s title.

“We are looking to November and it is Hamilton we want to be close to,” the Spaniard told the BBC.

“It is impossible to predict how the season will evolve, but I would hardly believe it will stay like this.

“Still, if I can tip one driver, I would pick him because he’s the only one who can make a difference even with a car that is not a winner.”