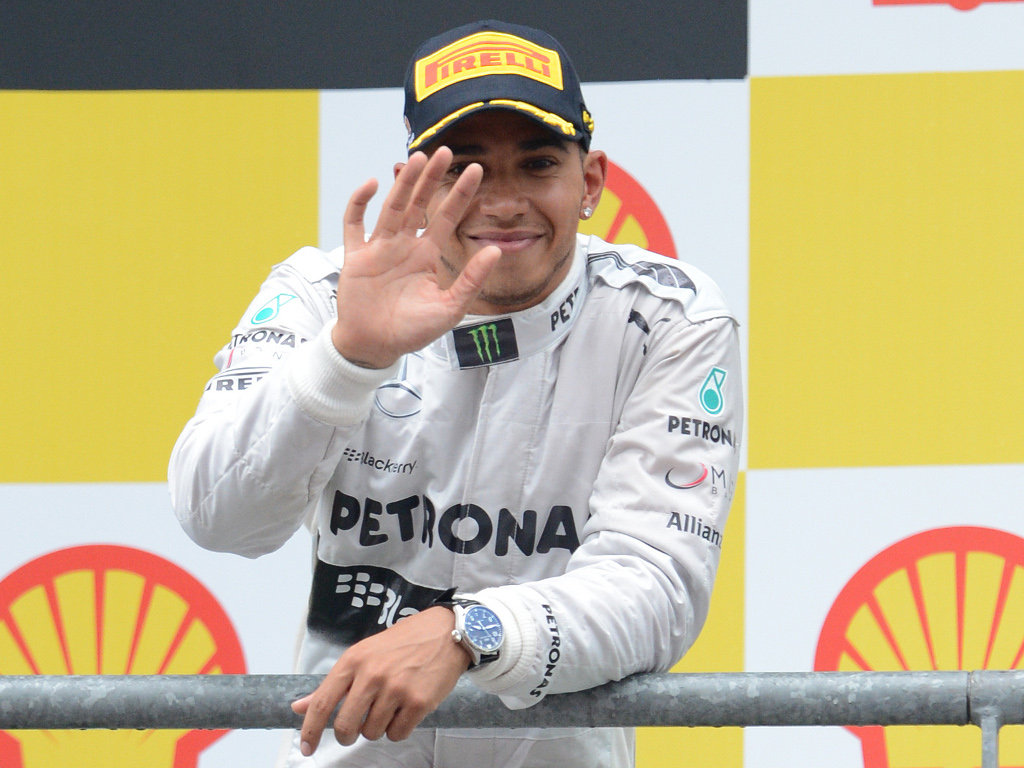 Lewis Hamilton concedes Red Bull and Ferrari were just too good at Spa, but he is confident Mercedes will be able to challenge them at Singapore…

Lewis Hamilton concedes Red Bull and Ferrari were just too good at the Belgian GP, but he is confident Mercedes will be able to challenge for victory in Singapore.

Having claimed his fourth consecutive pole position in wet conditions on Saturday, Hamilton went backwards at the first corner on Sunday as he was first overtaken by Sebastian Vettel and then Fernando Alonso.

He eventually finished behind his two title rivals and he admits they were always going to struggle with their lower-downforce package at Spa.

“I think we have done a decent job but these guys [Red Bull and Ferrari] have done a better job.”

He added: “I got a decent exit out of the first corner Vettel was massively fast through Eau Rouge, I came out of there and couldn’t do anything and had to watch him ride by.

“After that it was very difficult to hold on and Fernando flew by me on the straight.”

Next up is the Italian Grand Prix at Monza, but Hamilton is already looking to the race after that as Mercedes are expected to do well at Singapore.

“Whether or not we’ll have done an adjustment for the next race, we have to wait and see, but I think we will be more competitive when we get back to Singapore,” the Brit said.

“I feel we have much more chance there.”