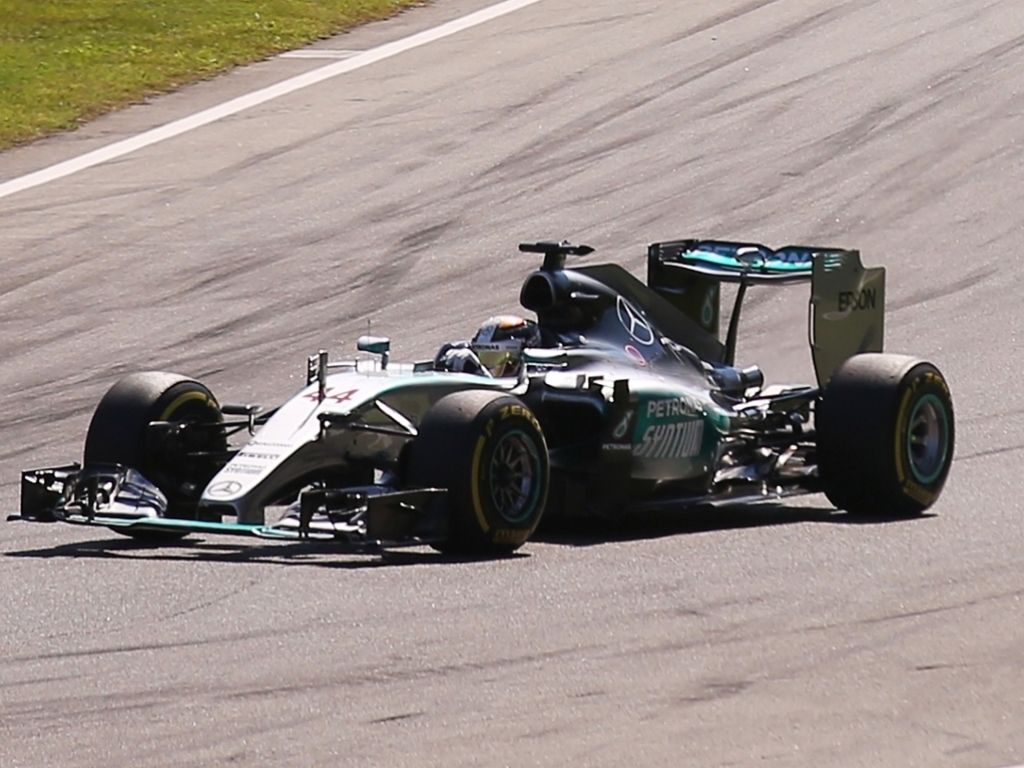 Lewis Hamilton has officially won the Italian Grand Prix after the stewards opted not to take further action over incorrect tyre pressures.

The reigning World Champion won Sunday's race at Monza by 25s ahead of Sebastian Vettel from Ferrari with Felipe Massa in the Williams third.

However, the Mercedes team were summoned to appear before the stewards after it was found that Hamilton's left rear tyre was 0.3psi under the minimum requirement at the start of the race while team-mate Nico Rosberg's was 1.1psi below the right level.

The stewards, though, have decided to take no further action as the tyre pressures were right when they were fitted to the car and the temperatures were down when it was measured at the start.

A statement from the FIA read: "Having heard from the technical delegate, the team representatives and the Pirelli team tyre engineer, the stewards have determined that the pressures in the tyres concerned were at the minimum start pressure recommended by Pirelli when they were fitted to the car.

"In making this determination regarding pressures, the stewards noted that the tyre warming blankets had been disconnected from their power source as a normal procedure and the tyres were significantly below the maximum permitted tyre blanket temperature at the time of the FIA's measurement on the grid and at significantly different temperatures from other cars measured on the grid.

"Further the stewards are satisfied that the team followed the currently specified procedure, supervised by the tyre manufacturer, for the safe operation of the tyres. Therefore the stewards decide to take no further action."

"Nevertheless, the Stewards recommend that the Tyre Manufacturer and the FIA hold further meetings to provide clear guidance to the teams on measurement protocols."

Meanwhile, Merc motorsport boss Toto Wolff said they were pretty confident that they would win the argument.

"We were exactly on the minimum pressures like we should have been when the tyres were put on the car," he said.

"I don't know where the discrepancy came from, but it was not a mistake done by the team in order to gain an advantage."