Home Uncategorized Hamilton and Merc ‘on a roll’ 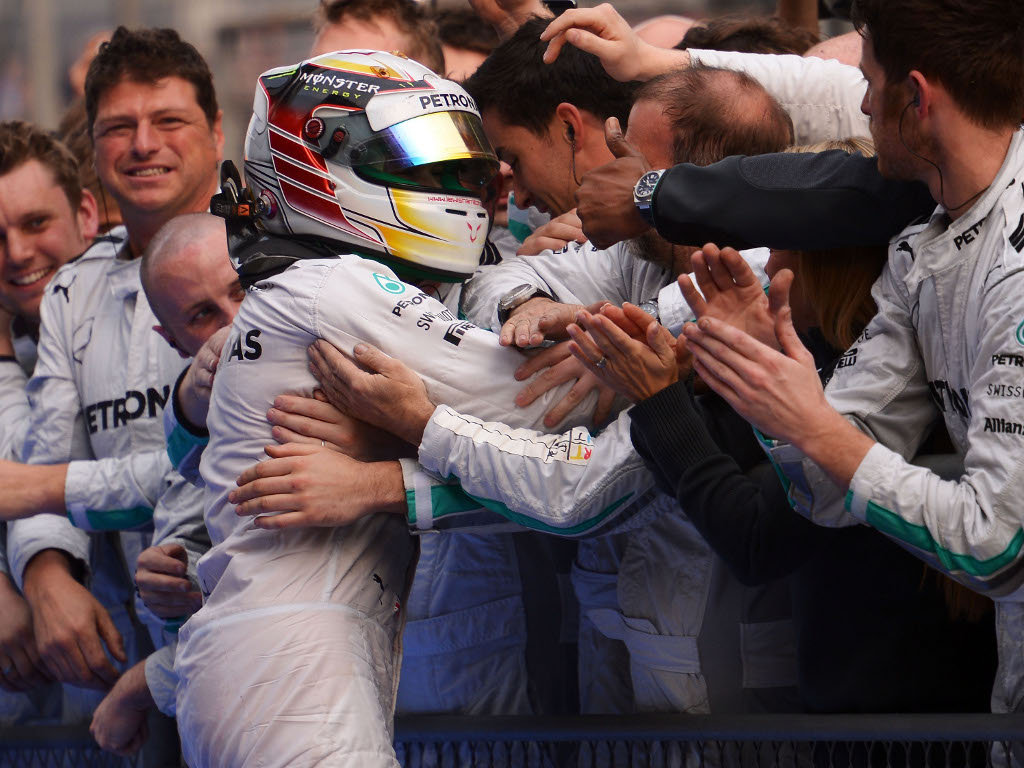 Such was Lewis Hamilton’s dominance in Sunday’s Chinese GP that even the Mercedes driver admits “I was racing myself.”

It was the first time that the British driver, who now has 25th career wins, had ever won three on the trot and for that he thanked his team and the fans.

“The fans have been incredible this week and they gave me lots of energy,” he said on the podium.

“I could not do this without all the hard work from the team.

“All the hard work has paid off and I just can’t believe how amazing the car is.

“The results we are getting are a true showing of all our hard work.

“I am really happy Nico is up here with us too it’s great rewards for the team.

“This is great points for the team, they really deserve it.”

Not having to race his rivals meant Hamilton also had better tyre life than many of the other drivers.

On a cool day in Shanghai where many complained about graining to the front Pirellis, Hamilton informed his Mercedes team that his tyres were fine and could go a few laps extra.

“Surprisingly the front tyres still feel really good, as do the rears,” he said of the radio.

Asked about that later, he explained: “I looked after the tyres and it was great. I was racing myself.”

He did, however, have one one minor slip-up, a mini off, of which he said: “Fortunately it was the run off area. Basically the left front was graining.”

Despite his third win in as many races, Hamilton remains second in the Championship although he is now just four points behind Rosberg.

Mercedes, meanwhile, extended their lead in the Constructors’ to 97 points over Red Bull.

“We’ll keep working hard because obviously the others will try to catch up,” Hamilton added.

“This team is on a roll they have done a great job, we aim to keep moving forward and improving and I hope it can continue.”