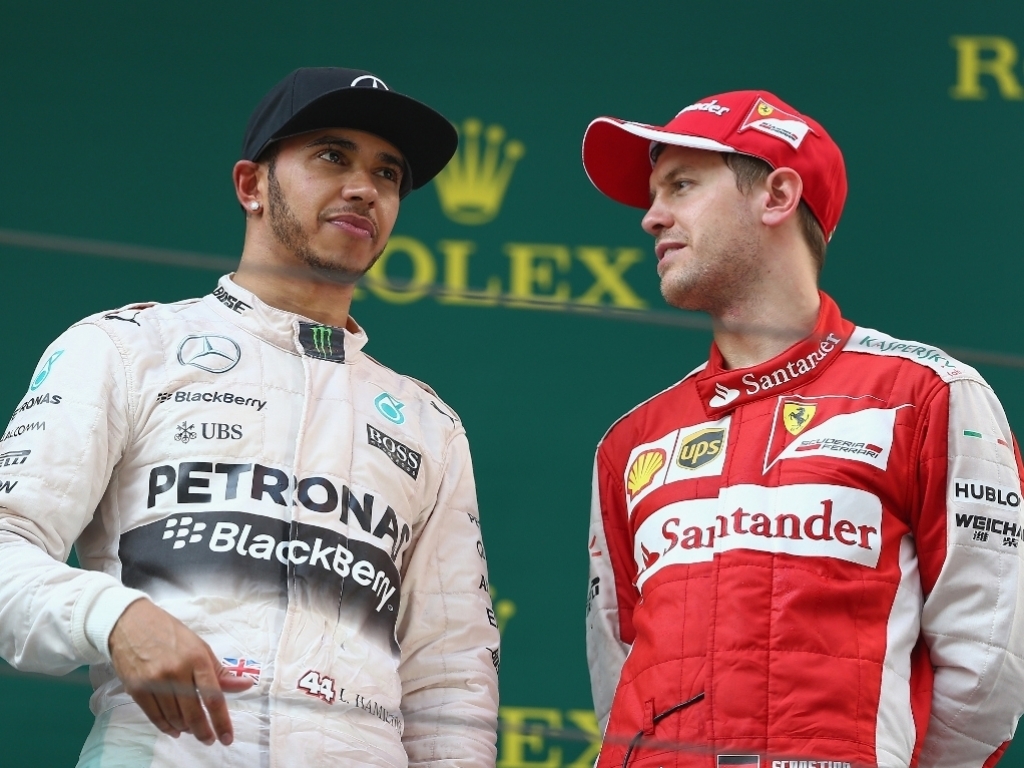 Lewis Hamilton says "something has got to change" to improve on-track action following a "boring" Brazilian GP while Seb Vettel believes they "need better tyres that allow us to go quicker".

Although he concedes that Rosberg was the better driver on the day, Hamilton was irked by the fact that he couldn't overtake his Mercedes team-mate as he was forced to drop off after spending several laps behind the German.

The 30-year-old believes the current car design does not help with overtaking.

When asked if it time for a fundamental change in the technical rules, Hamilton replied: "At the end of the day it doesn't really matter what we say because it can't happen.

"The big bosses make the decisions and whether or not they make the right ones for many years, who knows?

"Something has got to change. Some races you can follow which enables you to have good racing, but otherwise there are some places where you can't.

"I guess for the fans it is probably not too exciting to watch. It is always nice when you're at the front – as we have been for some time now – but still being able to race is what fans want to see.

"I could not get close enough to be able to put on a great race so it was relatively boring."

Vettel, meanwhile, believes the answer is to make the tyres quicker, but he also concedes that it is unlikely that the bosses will agree to changes.

"I think in general what we need to follow another car closer in medium speed, high speed, slow speed corners is more mechanical grip. So shift the percentage between aero – mechanical more towards more mechanical," he said.

"How to do that? I think we need better tyres that allow us to go quicker. Drivers want to be quicker. So, I think the solution is very simple. Unfortunately the sport is very political with different interests from different people.

"Yeah. I think it’s fair enough to give whoever tyre manufacturer, in this case Pirelli, the chance to improve their tyres – but we need to run. But since the responsible people, the teams, whoever, can’t agree on something, it will be difficult to make progress."