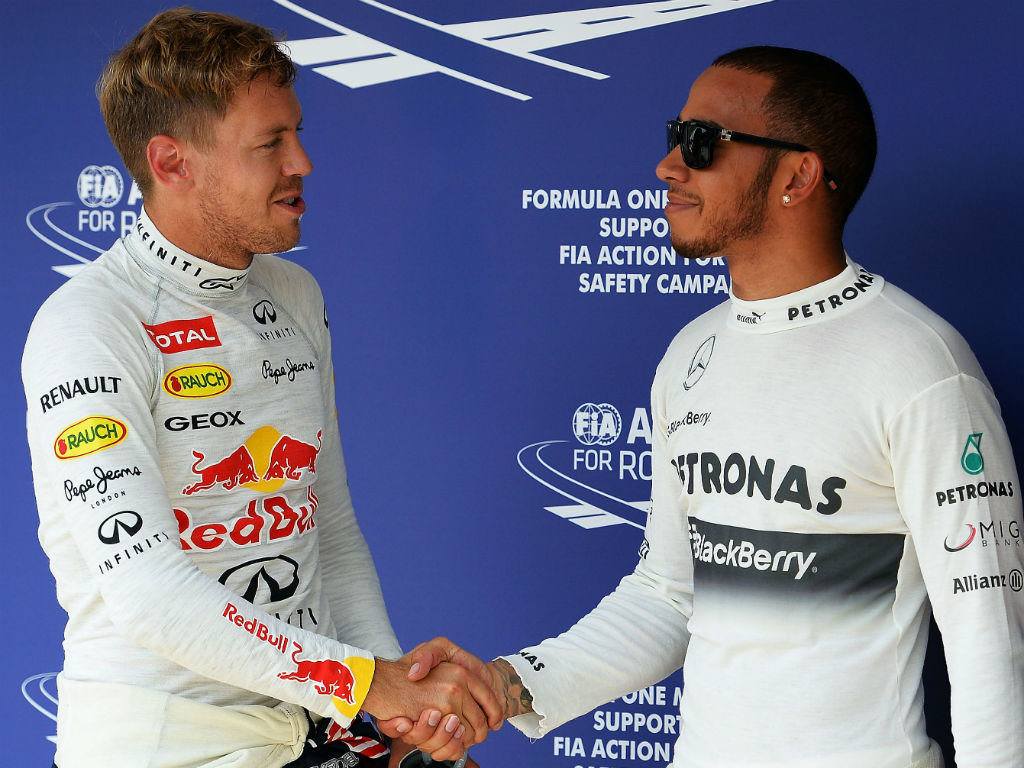 Sebastian Vettel’s form is so imperious that Lewis Hamilton is “willing to put money” on the German equalling one of F1’s all-time great records.

The Red Bull driver came from second on the grid to win Sunday’s Japanese Grand Prix – his fifth consecutive victory and ninth of the 2013 season – and all but wrap up a fourth Championship in a row.

Vettel’s run of form has been so good that you wouldn’t put it past him to win the remaining four races of the season, and if he pulls it off he will equal Alberto Ascari’s 60-year-old record of nine wins in a row, which the Ferrari driver set across the 1952-53 seasons

Four more wins will also help him to tie compatriot Michael Schumacher’s record of 13 victories in a single season, and Hamilton believes Vettel will pull it off if his car doesn’t give him problems.

“If he doesn’t have any reliability issues, I am willing to put money on it,” the 2008 World Champion is quoted as saying by Telegraph Sport.

Hamilton and Mercedes know that Red Bull are out of reach in the Constructors’ Championship, but they are determined to beat Ferrari – who are currently 10 points ahead – to second place in the standings.

“We have stopped developing the [2013] car and Red Bull are a long way ahead,” he said. “It is not going to happen, but we can get some solid points and I think we can get back on the podium. I think we can recover second in the Constructors’ Championship.”

Lotus team principal Eric Boullier has a similar view about Vettel’s form and when asked which of the final races offered up the best chance to beat Red Bull, he joked: “Winter testing!”

He added: “They are far too fast. Their pace is too far ahead.

“We could benefit from a driver mistake or reliability issue, but nothing else.”