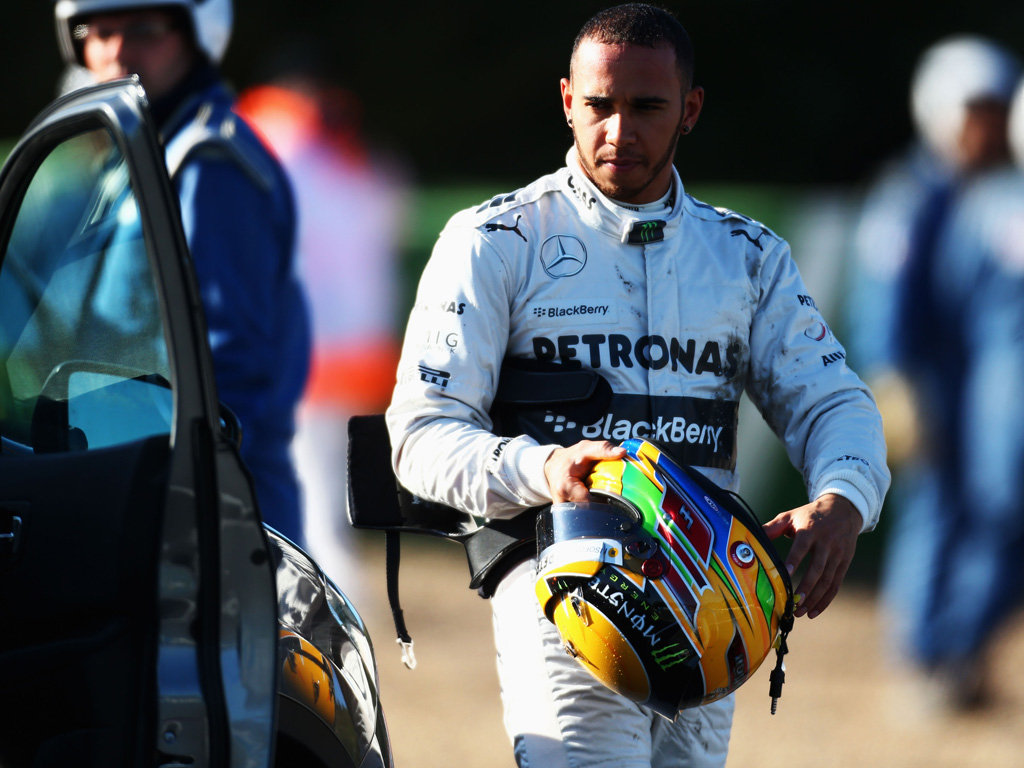 Lewis Hamilton has billed the brake failure that caused his Jerez crash on Wednesday as “all part of testing.”

Hamilton’s first official day in his Mercedes W04 came to a premature end when, just after 15 laps, he suffered a rear brake pressure problem.

Although using the front brakes to slow the car, the 28-year-old was not able to prevent a crash, hitting the tyre barrier at the Dry Sack hairpin nose first.

Mercedes later revealed that the problem was caused by a hydraulic brake line connecting to the right-rear calliper.

“We had a good start but then unfortunately we had a failure which brought our day to an early end,” Hamilton said. “These things happen and it’s all part of testing.

“Of course, it’s better that we get these small issues out of the way sooner rather than later, and the guys are working really hard to overcome them.”

Despite his minimal running on Wednesday, the 2008 World Champ says he has been encouraged by what he has seen of the car.

“From the few short laps that I completed this morning, my general feeling was very positive.

“I got a good understanding of where the base of the car is and, whilst we need to do work in certain areas, it was good to have some laps to get a feel for what those areas are.

“I’ve told the guys that we just need to keep pushing and I know that we all will be doing that.”

Hamilton will hand the car back to Nico Rosberg for Day Three. The German completed just 11 laps on Tuesday due to an electrical problem and fire.