Home Uncategorized Hamilton: Bottas has ‘earned his place’ at Mercedes 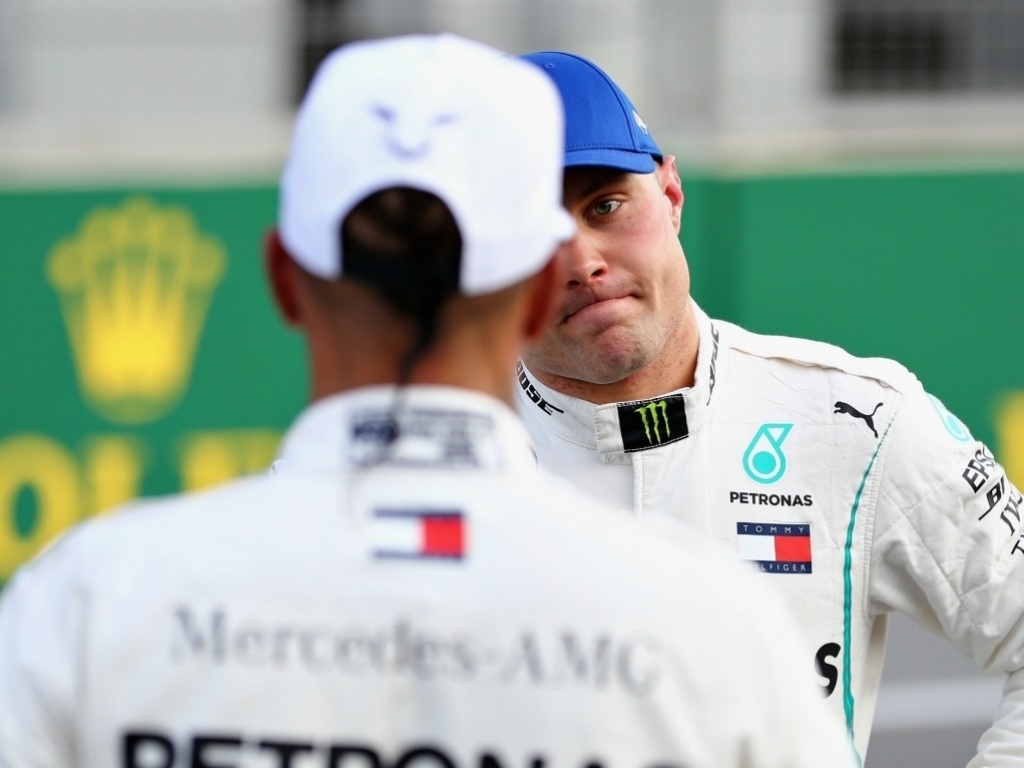 Lewis Hamilton believes Valtteri Bottas has “more than” justified his place at Mercedes after being robbed of a victory at the Azerbaijan Grand Prix.

The Finn’s place within the Mercedes structure has been questioned many times since he replaced Nico Rosberg at the start of the 2017 season.

But Bottas has had a really encouraging start to 2018 and could have been heading into the Spanish Grand Prix with the World Championship lead before a piece of debris caused a race-ending puncture in Baku with victory almost in sight.

The fortunate race winner Hamilton delayed the podium celebrations to console his unlucky team-mate, and said that Bottas had proved that he was worthy of a place with the Silver Arrows.

“I think more so than ever he’s earned his place here,” Hamilton said. “And I think the team should be really happy with him.

“I know how difficult it is when you have days like that when you think you’re going to win and then it gets taken away, I’ve had that before.

“So just out of respect I thought I’d try and lift him up a little bit.”

“I don’t think he was expecting to see me.”

Hamilton also re-lived the moment when Bottas’ race had ended and found himself in the lead with just three laps to go.

He added: “It was difficult to see at those speeds with the turbulence and everything. All of a sudden he started to slow down and then I saw some white or silver start to show where’s usually black.

“I thought something must have happened to his tyre, obviously I got closer then backed off because I didn’t understand what exactly had happened.