Home Uncategorized Hamilton: Bottas ‘will keep me on my toes’ 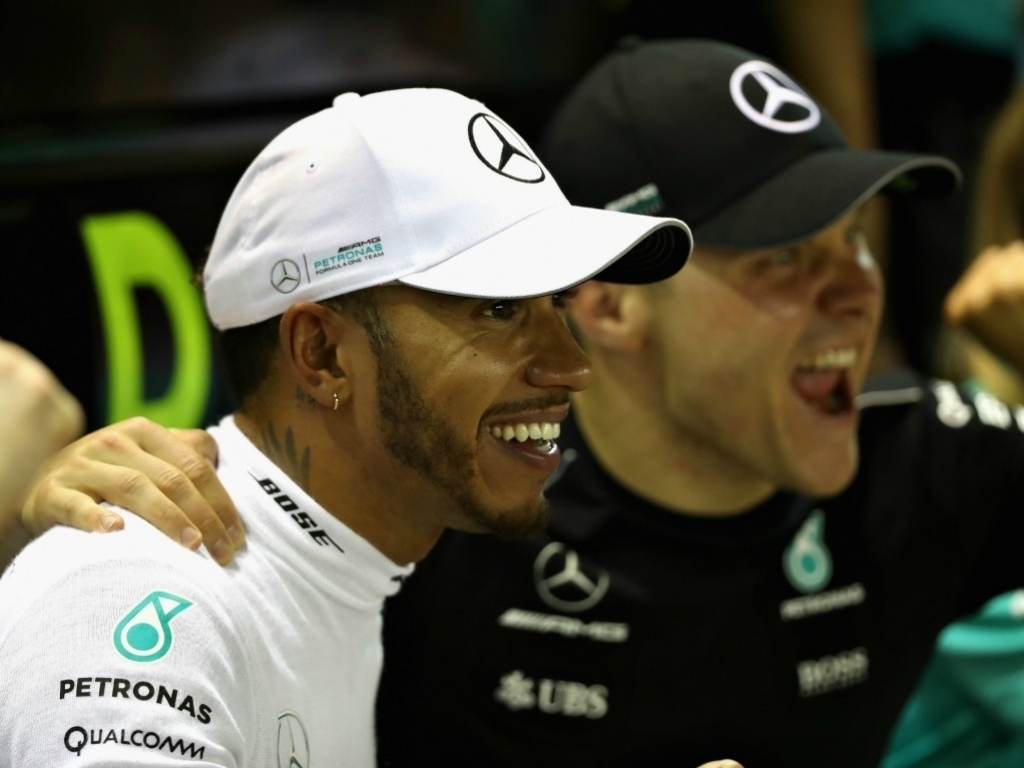 Lewis Hamilton is ready to face a new and improved Valtteri Bottas in 2018 and feels his team-mate has adapted well to life at Mercedes.

Bottas secured the first three victories of his Formula 1 career after moving from Williams ahead of the 2017 season and went on to finish third in the World Championship.

The Finn suffered dips in form along the way but Hamilton, who will be vying for a fifth title in 2018, believes Bottas will put up a more sustained challenge next season.

"Valtteri's been an amazing team-mate this year," said Hamilton.

"It's not easy at all to go to a team for the first year, particularly as you already had plans to be somewhere else at the beginning of the year.

"You then have a very short period of time to get used to a new team, learn the new systems, learn the tools which you'll use during the year.

"It takes a long time to learn how to manipulate the car to help extract your performance, so he hit the ground pretty fast at the beginning of the year.

"Then another part of it is the pressures of fighting for a World Championship is not the easiest of things.

"There are drivers who have sustained a little bit then fallen back and never recovered from that mental fight that you have.

"He's very strong minded and he came back and finished up strong so I anticipate he's going to be stronger next year, so I'm going to make sure I'm on my toes."