Home Uncategorized Hamilton brilliant, but a hard man to love 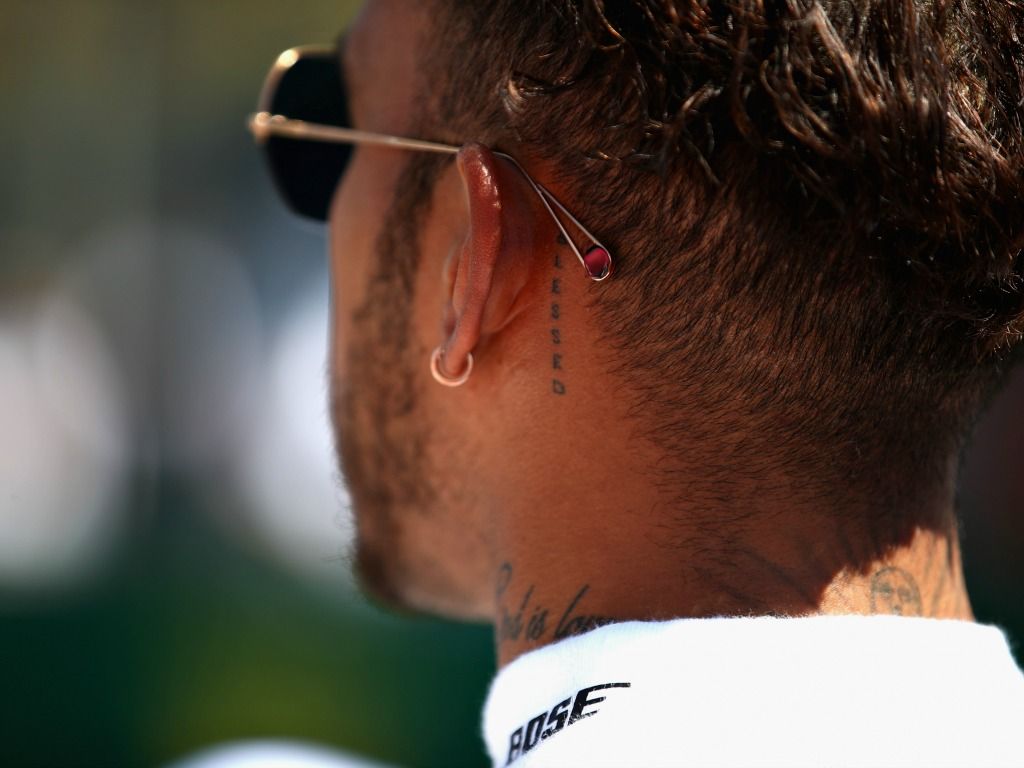 I don’t follow the off-track soap opera of F1 as closely as many do but one thing I do know: no-one loves Lewis.

Well, that’s not totally true. Obviously, some people do love Lewis Hamilton and many, many more think he’s brilliant at what he does.

But the fact remains that if you ask most F1 followers who their least favourite driver is, Hamilton will almost certainly win that informal poll, hands down. I asked my pal who is a huge F1 fan what he thinks of Hamilton.

“Great driver, but the sort of pr*ck you’d never tire of slapping,” was his reply, adding more seriously, “I know this sounds crazy, but there’s something phoney or faux about him.

“When you see him with celebrities posing in his shades, it looks like someone let a dressed-up, silly boy into the room. It’s like he’s playing at being a PlayBoy.

“It’s probably hugely unfair but I bet I’m not the only one to feel that. He’s no James Hunt, put it that way.”

I’m not one for taking against people who I don’t actually know. It is all too easy to do and mostly unfair because we’re rarely exposed to the whole of someone’s personality, but the fact was, I knew what he meant.

He is, for some reason, a hard man to love. The thousand yard stare, the impenetrable eyes, neither suggest an open and garrulous person.

But it doesn’t really make sense. He’s brilliant at his sport. Normally people like the brilliant and the successful, pretty much en masse. He’s from a working class British background. It’s not like he was born into massive privilege and wealth.

OK so he described Stevenage as ‘not-so-great’ but I’ve been to Stevenage and that’s not so massively wide of the mark.

Every step of the way, he seems to have unconsciously crossed a lot of cultural red lines and in doing so alienated some of the public.

Yes, he does seem very over-focused, but then every single sports person who throws themselves into their profession and becomes great at it, tends to be.

There’s a sense that he’s rather self-regarding or arrogant, but then with the sheer phenomenal degree of success he’s achieved, that’s surely not too surprising.

He can talk the talk and walk the walk.

He seems a bit frosty and self-contained which means he doesn’t share his emotions the way some people do and thus it is hard for the public to connect to him, but then, that is probably a product of the kind of mindset you need to do the job he does.

He’s there to go very fast, not to be a chatty socialite.

There’s the possibility that the public are jealous of his wealth or feel it is too much money for driving a car around and therefore unearned riches.

That would be understandable but plenty of sports people are very rich and are held in more affection, so it really can’t just be that.

Is it just racism? Well, if it is, no-one is likely to admit to it. He’s certainly had to fight prejudice all his career and probably all his life. It would be naive to think it might not have some roots in that, even if subconsciously.

Maybe it is the whole R & B thing? But then shouldn’t he have his hobbies or pleasures? Do we have to mock him for those for some reason? Is it is his sense of style? Does he wear the wrong clothes? Who knows.

I know less about fashion than I know about almost anything but it would seem harsh to sneer over much at something someone wears. But again, it seems to be in the mix.

Maybe it is living in Monaco, having a private jet and minimizing his tax liabilities in UK that turns people off? That more than anything ruffles my feathers.

There’s nothing worse than people who are richer than croesus desperately trying not to pay more tax when they’ve got more money than anyone could ever spend in a lifetime.

So maybe he does seem greedy and grasping. Well, if so, he’s not the only one to do that by a long way, so it’d be unfair to put him to sword exclusively for it.

I have no definitive answers, but for a British winner, a British sporting star, there’s no doubt he is not loved the way someone who arguably achieved much less on the international stage, like David Beckham is.

Whereas Beckham seems charming and nice and smiley, Lewis just seems “like the sort of pr*ck you’d never tire of slapping”.

There seems to be little or no logic to any of it, but it is definitely there and doesn’t seem set to go anywhere soon.