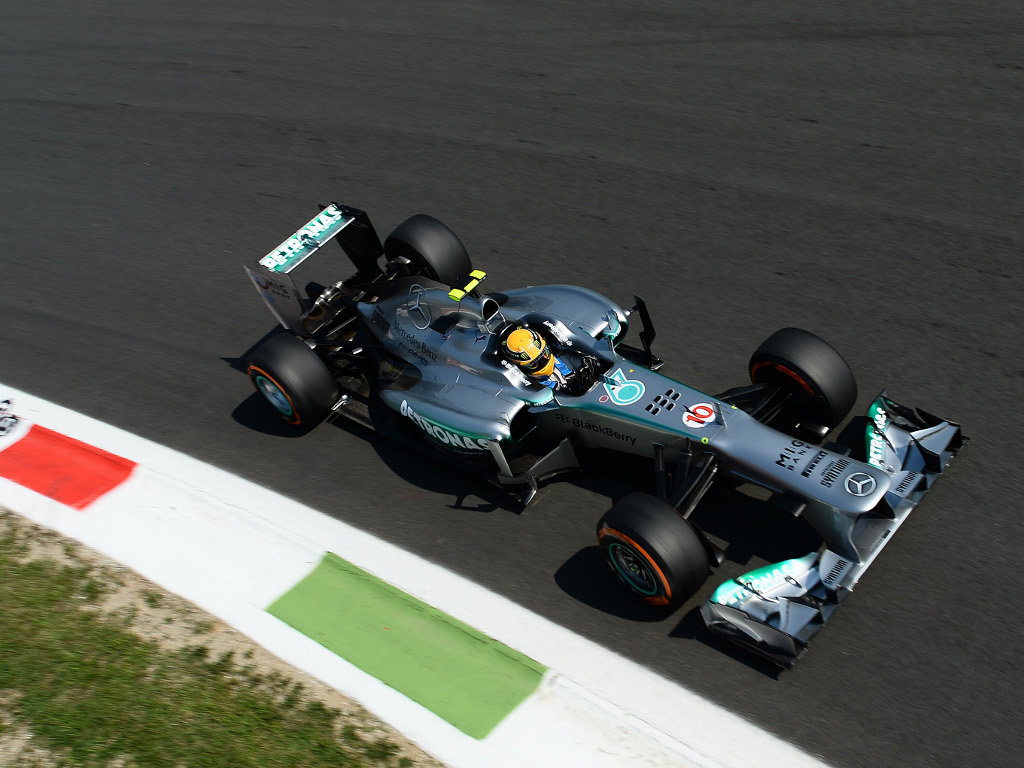 Lewis Hamilton concedes it won’t be easy beating the Red Bulls to pole at Monza especially as he think his Mercedes is on the limit.

While Championship leader Sebastian Vettel dipped into the 1:24s on the medium tyres on Friday, Hamilton’s best lap time was a 1:25.340 putting him 0.887s short of the German’s best.

Hamilton is wary of Mercedes’ chances of making up the deficit ahead of Saturday’s qualifying as the 28-year-old reckons his W04 was already on the limit in practice.

“Red Bull is massively quick but generally the car feels pretty good, so I need to sit and try to understand where we can go quicker.

“I feel like I’m on the limit everywhere and the car feels reasonably balanced so whether or not we’ve got too much wing we’ll wait and see.

“Right now it doesn’t look massively strong for our chances but we’ll do some work overnight, improve the set-up, hopefully improve the pace for tomorrow and again you don’t know what fuel loads people are on so we’ll wait and see.”

Pressed about whether he had any hope of closing the gap, Hamilton admitted that maybe this time round the gap was just that bit too big.

“I’m not sure; we’ll wait and see tonight. I mean, the car feels really good so his car must feel incredible!

“So we’re just going to work overnight to see if we can find some piece from somewhere; I don’t know where we can get half a second. Usually it’s one or two tenths here, but half a second is quite a big gap.”