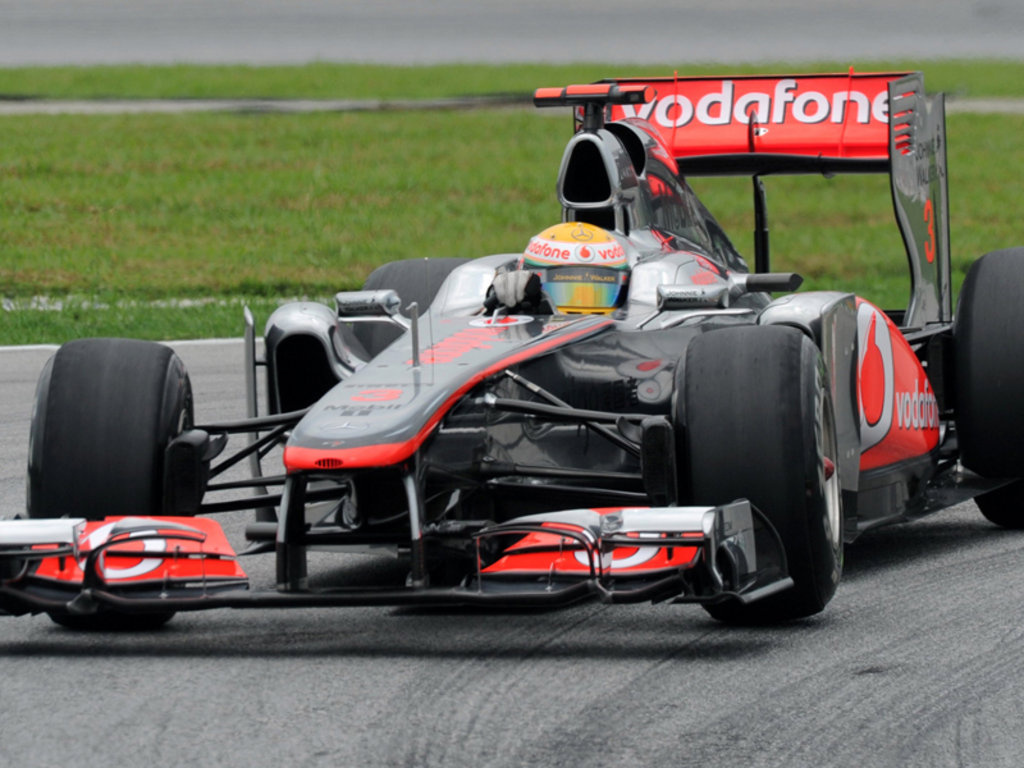 Lewis Hamilton insists he’s not “disappointed” despite being denied pole position by Sebastian Vettel at Sepang.

Hamilton, who was quickest in the weekend’s final practice session, appeared to have the coveted grid slot in the bag after setting the two fastest times in qualifying.

However, Vettel managed to put in a blinder, taking pole by 0.104s ahead of the McLaren driver.

“I don’t think we can be disappointed. Going into the last race we did a fantastic job to be up there on the Red Bulls.

“I’m proud to be getting some new parts this weekend, we can be happy with it. I would have loved to be on the front row and be on P1, but these guys still have the slight edge.

“We have closed the gap a little bit it seems here.”

The McLaren driver, though, does believe he could have made life a bit more difficult for Vettel if he had not made a mistake through the penultimate corner.

“My last qualifying lap was great until the second to last corner and I lost the 10th that I had until that point, and I lost half a tenth at the last corner.

“So the time is there. But that would have been the perfect lap. Those guys still have an advantage.”