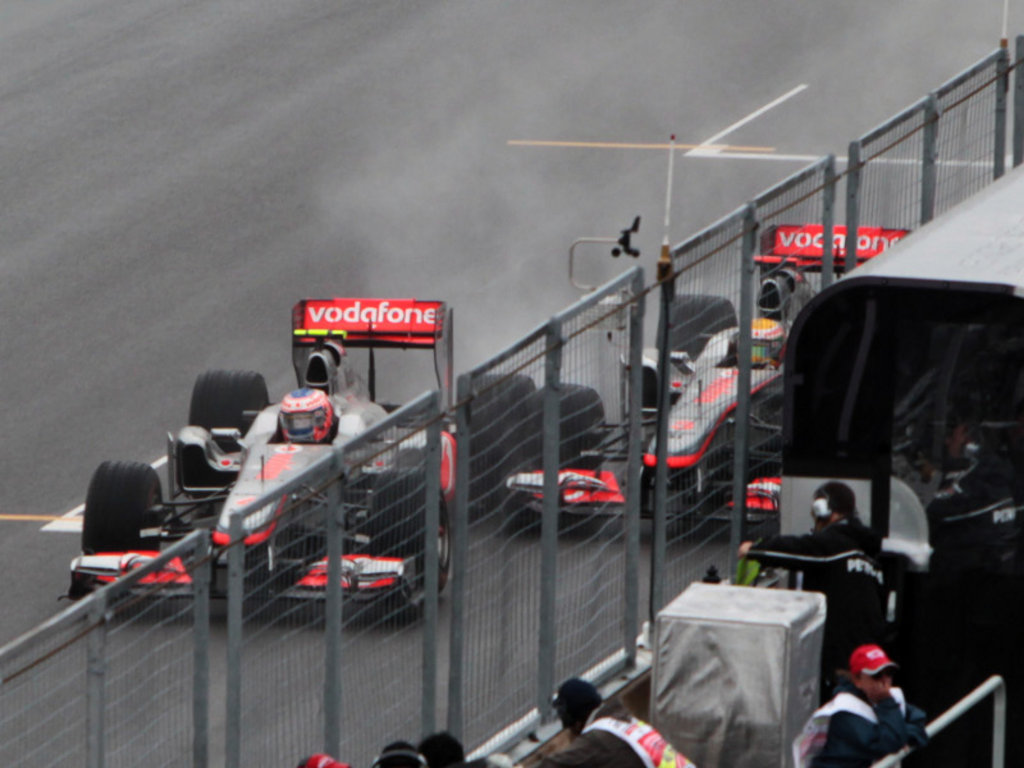 Lewis Hamilton reckons Jenson Button should shoulder the bulk of the blame for their Canadian GP shunt as his team-mate moved across him.

Hamilton had an incident-packed eight laps in Montreal on Sunday afternoon.

With the race effectively starting on Lap 5 as the first four were run behind the Safety Car, Hamilton hit Mark Webber at Turn 1, putting the Red Bull driver into a spin.

Hamilton, though, was able to continue in sixth place, running behind his team-mate.

But, just three laps later, he again found himself rubbing paint with another driver, although this time he was the one who came off second best.

Heading down the main straight, Hamilton attempted to pass Button but his team-mate took the racing line and Hamilton was shoved into the wall.

Button’s immediate reaction to his team was: “What is he doing?”

Hamilton’s was to attempt to make his way back to the pits in his damaged car. However, it was not to be and he finally parked it on the side of the track.

“Jenson made a mistake into the corner and I got the run on him,” the 26-year-old told the BBC.

“I felt I was halfway up the outside, but he kept moving across – whether or not he saw me I don’t know, but then I was in the wall.”

The Brit was cleared for the Webber incident, but his woes are not over as he is under investigation, to be examined after the race, for his shunt with Button, while the stewards also announced that Hamilton was also under investigation for speeding behind the Safety Car in the opening four laps.

Eight laps, three investigations, one retirement. Not a great Sunday for the McLaren driver.