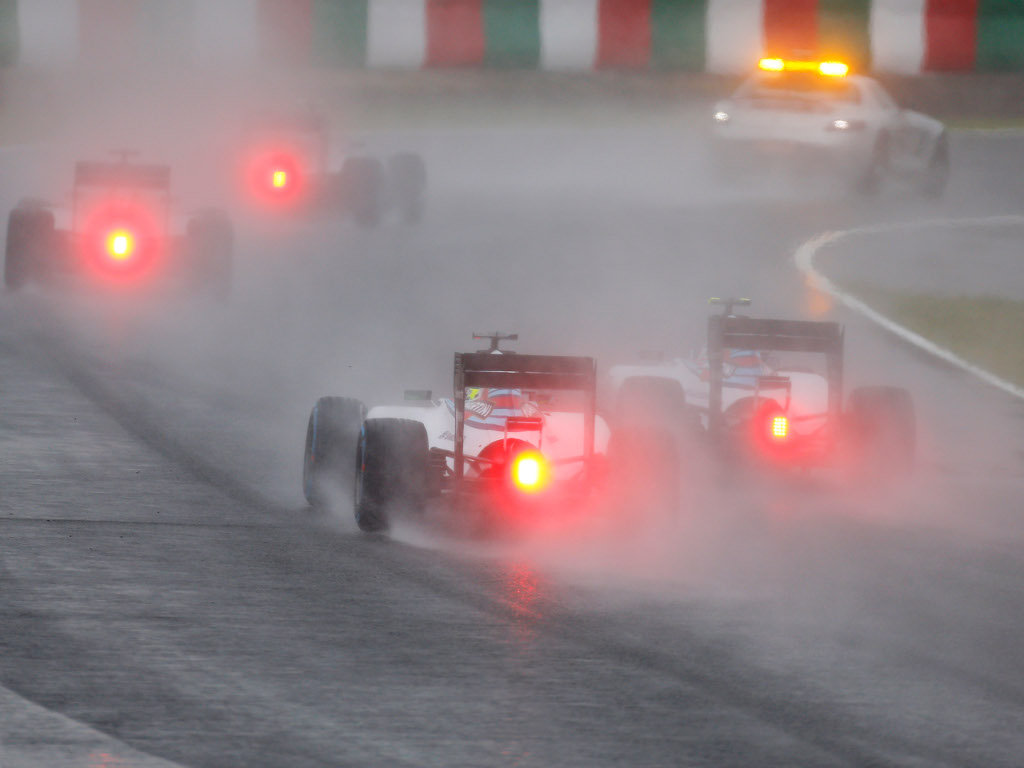 Lewis Hamilton has urged Pirelli to improve their wet-weather tyres so that they not only clear more water but are also faster.

According to Hamilton, the current crop of Pirelli tyres just aren’t quick enough.

And the Championship leader fears that leads to drivers swapping to the intermediates too soon which can lead to accidents.

“There’s always going to be spray but we need to work hard.

“It’s an area that’s not always focused on so much. The slicks are always being improved and worked on but there is not so much focus on the wet.

“You want a tyre that clears the water. And not forcing us to go on to the inter because it’s so much quicker when it’s probably not safe enough to do so is something I think the FIA and Pirelli will work on.”

Hamilton’s calls come in the wake of Jules Bianchi’s horrific accident at the Japanese GP.

The Marussia driver suffered serious brain trauma when, while running on used intermediate tyres, he slid off the track and slammed into a tractor that was recovering Adrian Sutil’s Sauber after the German had a similar accident.

Sebastian Vettel has backed Hamilton’s comments as he too feels Pirelli needs to find some added speed in their wet tyres.

“If you have a lot of water, you obviously need to have a tyre that gets rid of a lot of water very well so you don’t suffer aquaplaning.

“The problem we have is that the extreme tyre has an extremely narrow window.

“The intermediate is quicker so as soon as you have got rid of most of the water you try to put the inters on, taking a lot of risk into account, just because it’s a quicker tyre. That’s something we need to work on.”