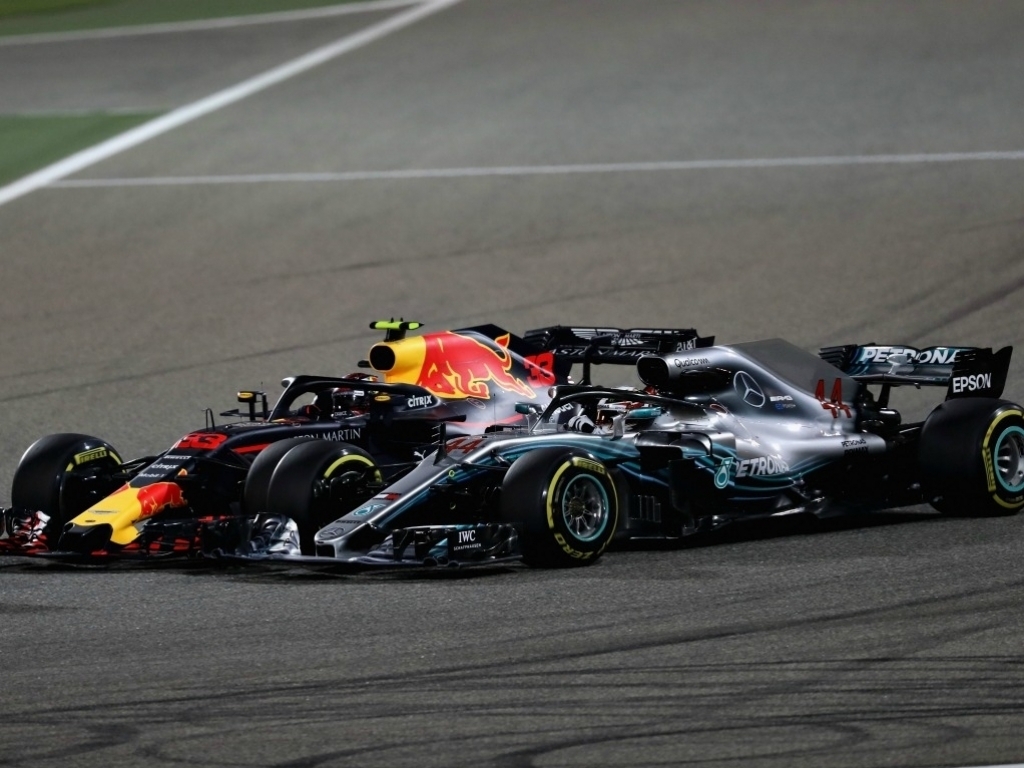 Lewis Hamilton called Max Verstappen “a ****head” after the two drivers collided in the opening stages of an action-packed Bahrain Grand Prix.

Both drivers were starting quite a way down the grid after Hamilton’s five-place penalty for a gearbox change and Verstappen’s crash in qualifying on Saturday.

But the duo soon came together and contact between the two left Verstappen with a puncture and Hamilton losing some precious time as he tried to fight his way back up towards the other big-hitters.

Verstappen pitted but was forced to retire soon after, and while the Dutchman thinks the stewards should look at Hamilton’s conduct for not leaving him enough room, Hamilton had his own opinions.

“He is such a dickhead,” Hamilton was caught saying in the cool-down room as he watched some of the race highlights back with Sebastian Vettel and Valtteri Bottas.

Hamilton, who finished the race in P3, then further criticised Verstappen back in the paddock.

“Ultimately, I had a coming together with Max and it was an unnecessary collision,” said Hamilton.

“There needs to be a certain respect between drivers. I need to watch it again, but it didn’t feel like a respectful move.

“It was a silly move for him because he didn’t finish the race and obviously he’s tending to make quite a few mistakes recently.”