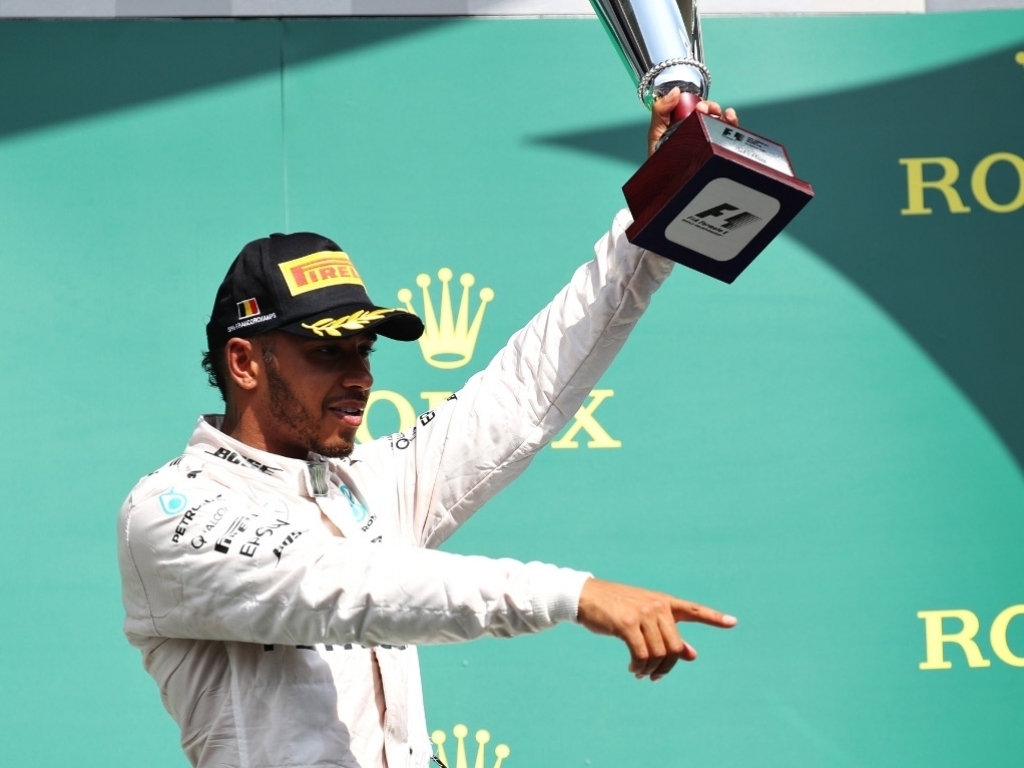 Lewis Hamilton didn't honestly believe he could race from 21st on the grid to third at the chequered flag, but that's exactly what he did at Spa on Sunday.

The reigning Champion started Sunday's Belgian Grand Prix second from last on the grid after a spate of engine changes racked up the penalties.

Hamilton, though, quickly began to slice his way through the field and was up to fifth place when the race was red-flagged on lap 10 for Kevin Magnussen's high-speed crash.

With the race back underway, he made short work of Fernando Alonso and Nico Hulkenberg to move up to third place.

That, though, is where his progress stopped.

Hamilton was not able to close up on Daniel Ricciardo and finished the 44-lap grand prix in third place.

He said: "I really can't believe that we came up so far to be honest. I woke up this morning knowing how difficult it would be on these tyres, y'know, lots of blistering. But you can never predict what's going to happen in the race.

"The great thing about motor racing is that, since I was eight years old, every Sunday has been different. Your car's positioned in a different way, your starts a bit different, something happens up front, previous races there were no incidents, today there was.

"Today was really about trying to approach it with… make sure you had the right approach: not too aggressive; not too easy. I think today, collectively as a team we had just the right balance. This is the best result I could have hoped for."

He added: "What an incredible weekend it's been. It's obviously been a much different weekend to anything we have ever really experienced.

"To come away with the points that we have today, I'm extremely proud of everyone. "

Hamilton's engine changes, which totalled three at Spa, means the Brit now has stock for the remainder of this season.

"I think I now have more engines than most," he said. "So now the fight is really on and hopefully for us it'll be a cleaner second half of the season and we can see some good fights."