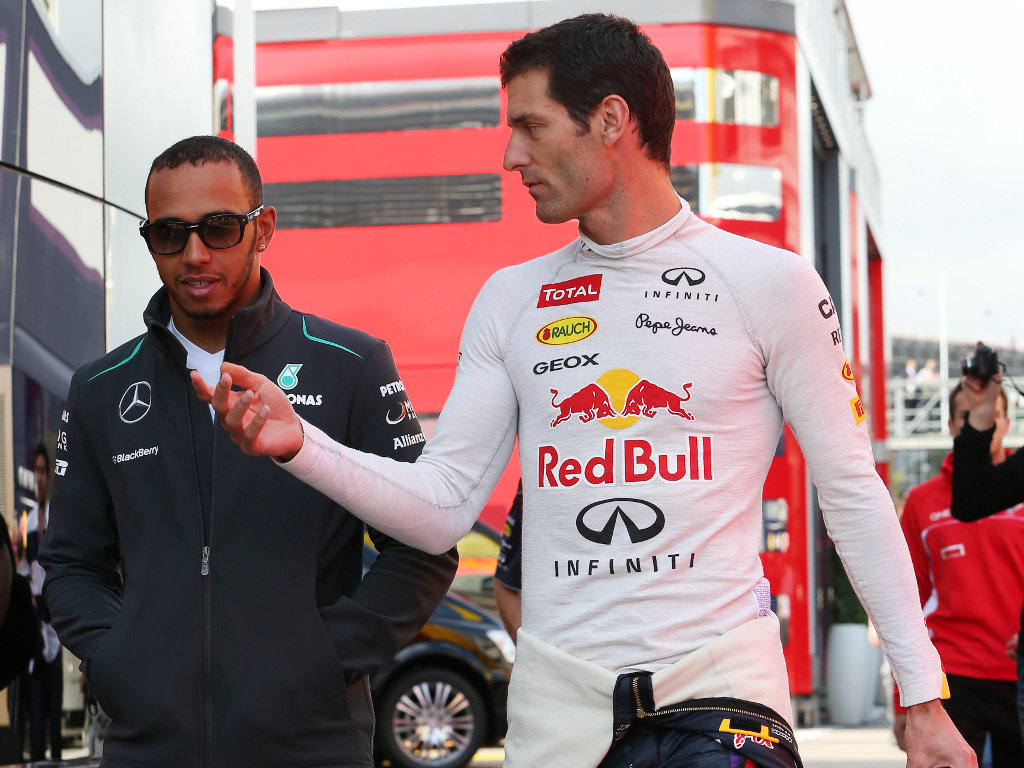 Mark Webber believes more World titles await Lewis Hamilton, he just needs to “find that consistent hunger he had back in the day.”

Hamilton’s debut back in 2007 was sensation as the McLaren rookie claimed four race wins on his way to second in the Championship, losing out to Kimi Raikkonen by just one point.

The next season he took the title but since then it has been an uphill battle.

As a result, the now-Mercedes man will enter next season’s campaign with that 2008 triumph still his only success with Webber blaming his struggles on the Pirelli tyres.

“With Lewis going into 2014 having just one Championship, I don’t think many of us would have signed up for that after those first two years in F1,” Webber told the Daily Mail.

“He is having trouble expressing himself on the Pirelli tyres, like me. It’s not meant to be an excuse – even if it probably sounds like one – but it’s obvious I had less success on the Pirellis. One of my biggest strengths is fast corners.”

The soon-to-be-retired Red Bull racer is confident that when all is said and done Hamilton’s 2008 title won’t be his only Drivers’ crown.

He has, however, urged the Brit to find the balance between his job and his private life which has at times attracted more headlines than his on-track antics.

“I do think Lewis needs to find that consistent hunger he had back in the day. Lewis wanted to prove himself back then; and he did,” Webber said.

He added: “Someone once said they take Vettel out of a cupboard on a Thursday night and put him back on Sunday night.

“Lewis is different, yeah. It’s all about getting the right balance. There’s every chance Lewis could fight for the title next year, he’s the right age, he has the right environment at Mercedes.

“The thing is he started so early. He now has how own private jet… but, basically, this all comes down to working hard with the guys in the team, understanding what each track needs, and understanding what the car needs. Then he can just get on with it.

“I want him to do well; and he’s certainly capable of it.”