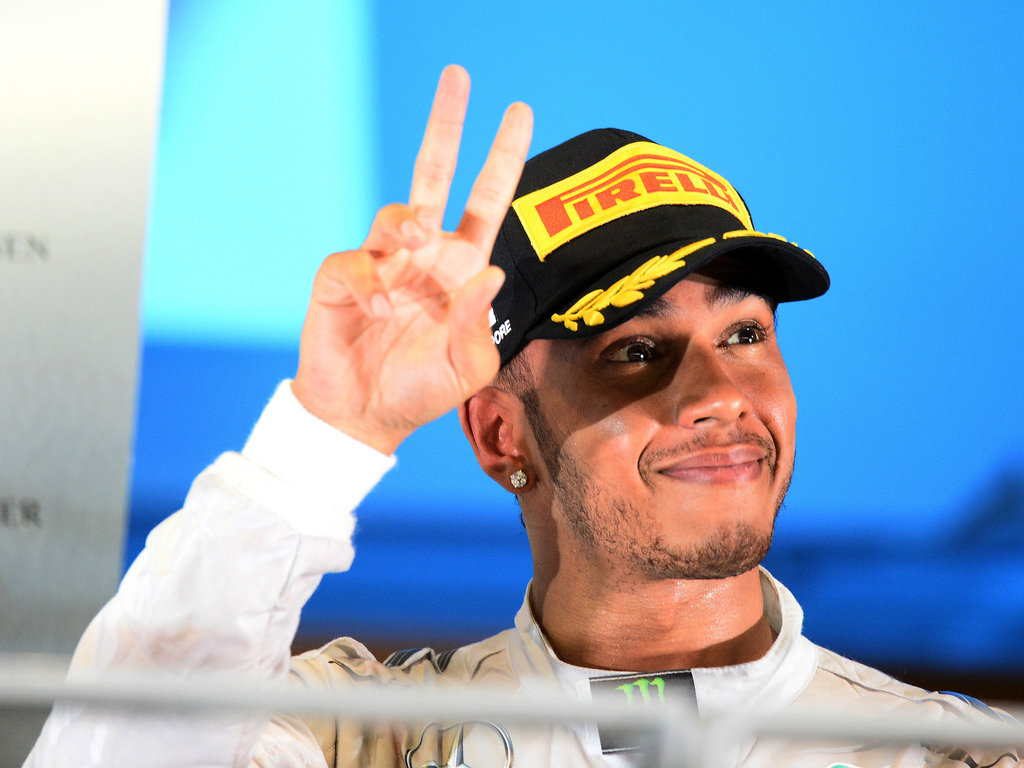 The momentum in the Drivers’ Championship appears to have swung Lewis Hamilton’s way, but the Brit warns “it can be snatched away” at any time…

The momentum in the Drivers’ Championship appears to have swung Lewis Hamilton’s way, but the Brit warns “it can be snatched away” at any time.

Back-to-back victories in Italy and Singapore have seen him turn a 29-point deficit to Mercedes team-mate Nico Rosberg into a three-point advantage with only five races left.

With Rosberg retiring at the Marina Bay Circuit the impetus appears to be with Hamilton, and bookmaker Paddy Power agrees as they made him favourite to win the title.

“Maybe it’s the start. But momentum is not something I generally think about because it can be snatched away,” he said.

“Look at Nico, he has had good results and momentum from that but one DNF and it changes things. You don’t know what’s coming up.

“I’m happy that I’m back to being at my best, getting those poles, maximising those races.

Hamilton returned to the top of the standings for the first time since May, but he knows the job is far from done.

“You would think that that’s the case, but at the moment I’m not sitting here thinking I’m relieved. All year I’ve had that gap and all year I’ve been chasing, catching up and then it’s gone again,” Hamilton, who has good odds with Paddy Power to break his duck at Suzuka next time out..

“Obviously I’ve got 25 points and it’s changed things a little bit, but in my mind I still just want to get those seven from here on out. That’s the mindset I’m going to continue with.”