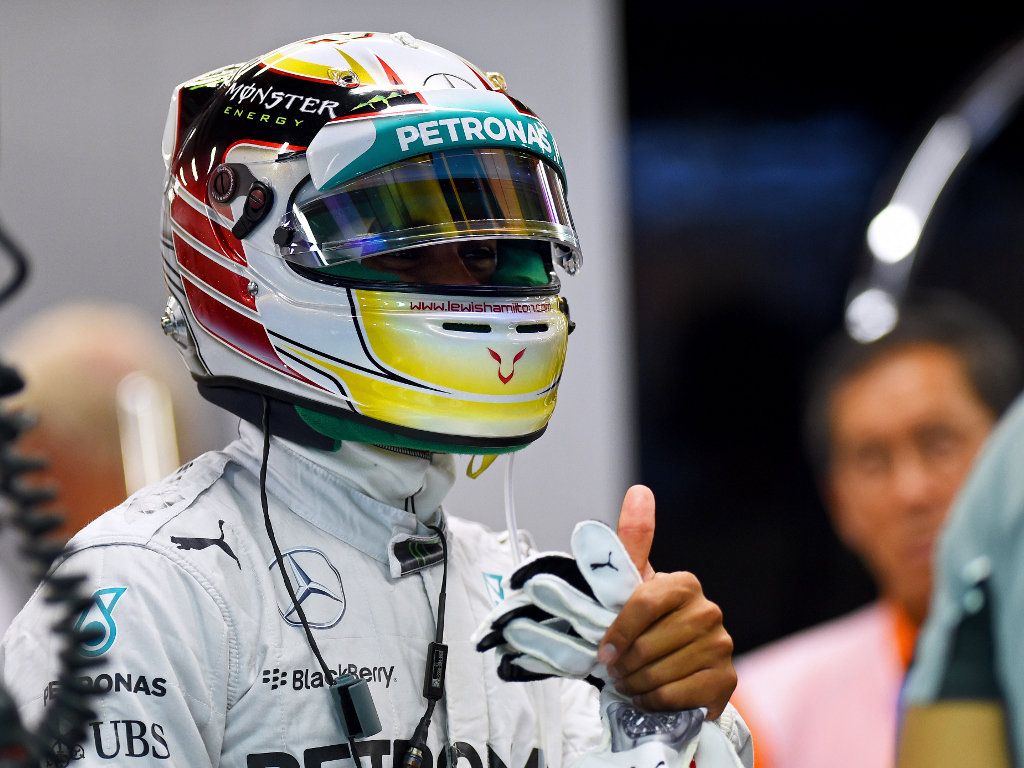 Lewis Hamilton is determined to join the “greats of Formula One” in finally winning at Suzuka and, in doing so, extend his lead in the standings…

Lewis Hamilton is determined to join the “greats of Formula One” in finally winning at Suzuka and, in doing so, extend his lead in the standings.

At the last race in Singapore, Hamilton claimed the victory while his team-mate Nico Rosberg retired.

The 25 points meant Hamilton surged ahead in the title race, overturning his team-mate’s 22-point advantage to lead by three.

“Singapore was a good weekend for me,” he stated.”It’s the first time in quite a few races that I’ve not had to fight through the pack to get a result which made life a lot easier.

“In the final stint, I had to clear Sebastian quickly after making the extra stop. But the car just felt fantastic and I could push whenever I needed to throughout the race.

“Of course, it was disappointing for the team to have another retirement but I know they have made this a priority moving forwards. It’s levelled things up in the Drivers’ Championship, so hopefully we’ll now have a straight battle right to the flag in Abu Dhabi.”

One thing that would help Hamilton in the title race is a victory at the next race in Japan.

Although the British racer has won the Japanese GP, he has never done so at Suzuka with his 2007 triumph coming at the Fiji circuit.

“Suzuka is one of the races on the calendar that drivers love the most – and arguably one of the greatest tracks in the world,” he added.

“There’s so much history and there have been so many defining moments there – like those unforgettable battles between Ayrton Senna and Alain Prost.

“I’ve never won at this circuit and have only made the podium once, on my first visit way back in 2009. I’ve had a couple of chances and last season was probably the best of those.

“This year, though, we have an exceptional car and I’m really hoping I’ll finally have my shot at the top step. All the greats of Formula One have won at Suzuka since the sport first came there in the 1980s and I’m determined to add my name to that list this weekend.”