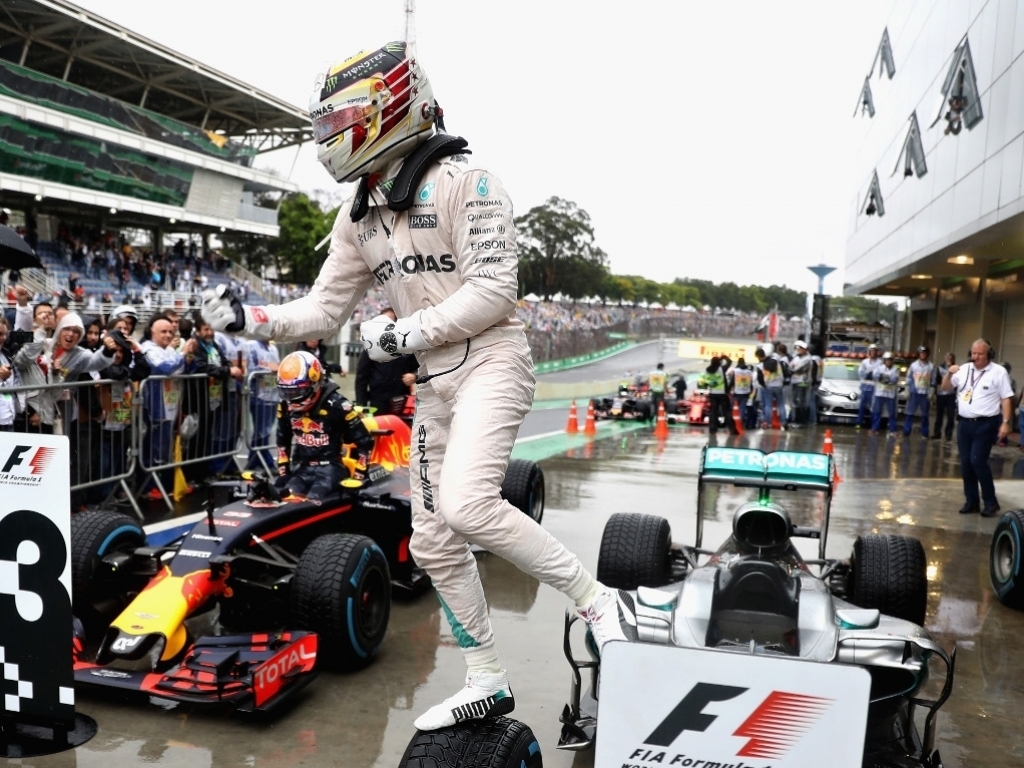 While those behind him lost their grip and at times bodywork, Lewis Hamilton claimed the victory in a "straight forward" Brazilian GP after "just chilling out front."

The reigning World Champion was untouchable as he did not put a wheel wrong throughout the 71 laps, taking the chequered flag by 11 seconds ahead of Nico Rosberg.

"When it rains it is usually a good day for me.

"Today was tricky for everyone, there was a lot of opportunity for aquaplaning which everyone did.

"No mistakes, no issues, no spins.

"It was quite interesting to hear in the race how many people behind were spinning but I didn't have that problem."

He added: "Probably one of the easier ones, it was a very easy race generally.

"Honestly I didn't have any spins, any moments, it was very straight forward."

Hamilton's victory, his third in a succession, means he now trails Rosberg by 12 points with one race, Abu Dhabi, remaining.

It has been a concretive effort by the Mercedes driver, whose hopes of retaining the World title have been bolstered by "really good" reliability.

"I'm hunting, all I can do it what I'm doing right now.

"The team has given me a great car and finally the reliability has been really good.

"The results are showing that.

"I am going to give it everything I've got.

"Abu Dhabi is generally a good track for me but right now I'm going to live in the moment.

"This is my dream since the first time I watched Ayrton [Senna] race when I was like 5 or 6 years old."

With his 52nd victory in the bag, Hamilton thanked Mercedes for their efforts.

"A big thank you to my team, we are creating history in this team.

"This year the stuff we have done, the results we have got, it is just incredible.