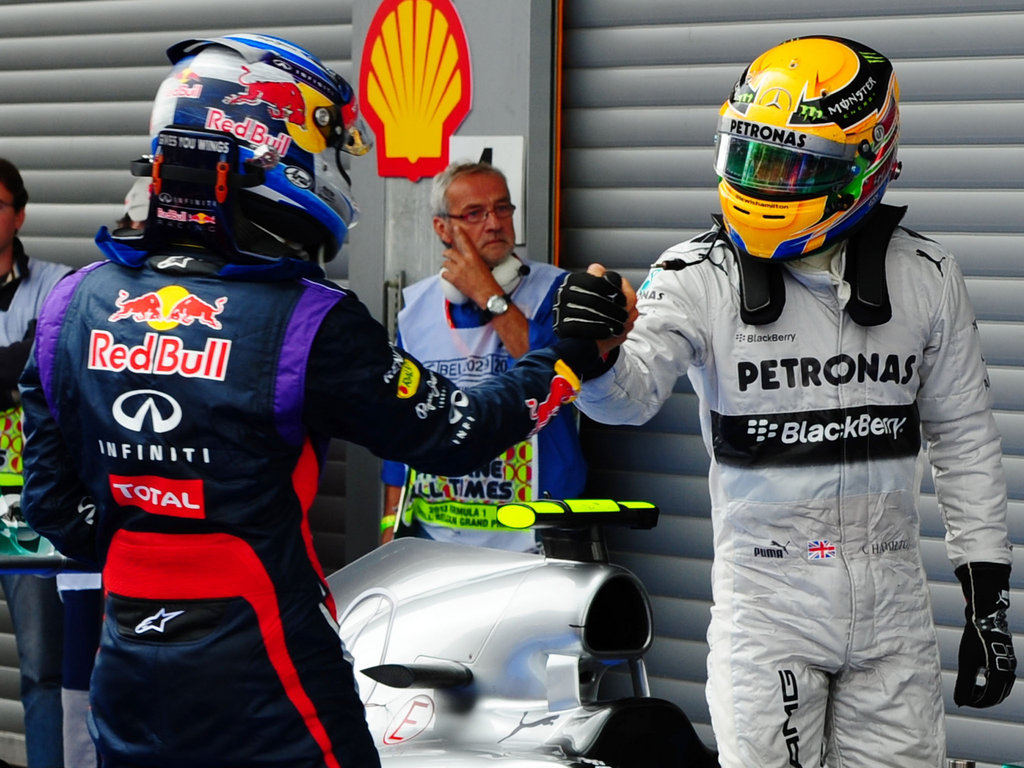 Lewis Hamilton has been forced to do a bit of face-saving following his apparent criticism of Sebastian Vettel after the Korean GP.

Vettel edged closer to a fourth consecutive World Championship on Sunday after he won his fourth race in a row and it left his rivals frustrated with Hamilton claiming fans are sleeping through races due to Red Bull’s dominance.

“Personally I feel for the fans because I remember the period of time when Michael Schumacher was winning,” Hamilton said.

“I remember waking up in the morning to watch the start of the race and then going to sleep, and then waking up when it ended because I already knew what would happen.

“I am pretty sure a lot of people are doing that.”

The Mercedes driver, though, quickly took to Twitter to diffuse the situation and heaped praise on Vettel.

“Read some of the stories/reports of my comments on Seb,” Hamilton wrote. “Feel the need to clarify my thoughts. Seb is great champion!!

“Not only that, he is a great human being who is funny and humble. Deserves all the success he is having! I admire his dedication and ability to consistently perform without mistakes. This is the mark of a true champion.”

Hamilton and Ferrari’s Fernando Alonso have made no secret of the fact that they believe most of Vettel’s dominance is down to his machinery, but the Briton concedes the three-time Champion is doing a great job.

“Regardless of what you and I may think about his car, at the end of the day he’s doing the perfect job. I’m just grateful I get to drive in an era with so many great drivers like him.”