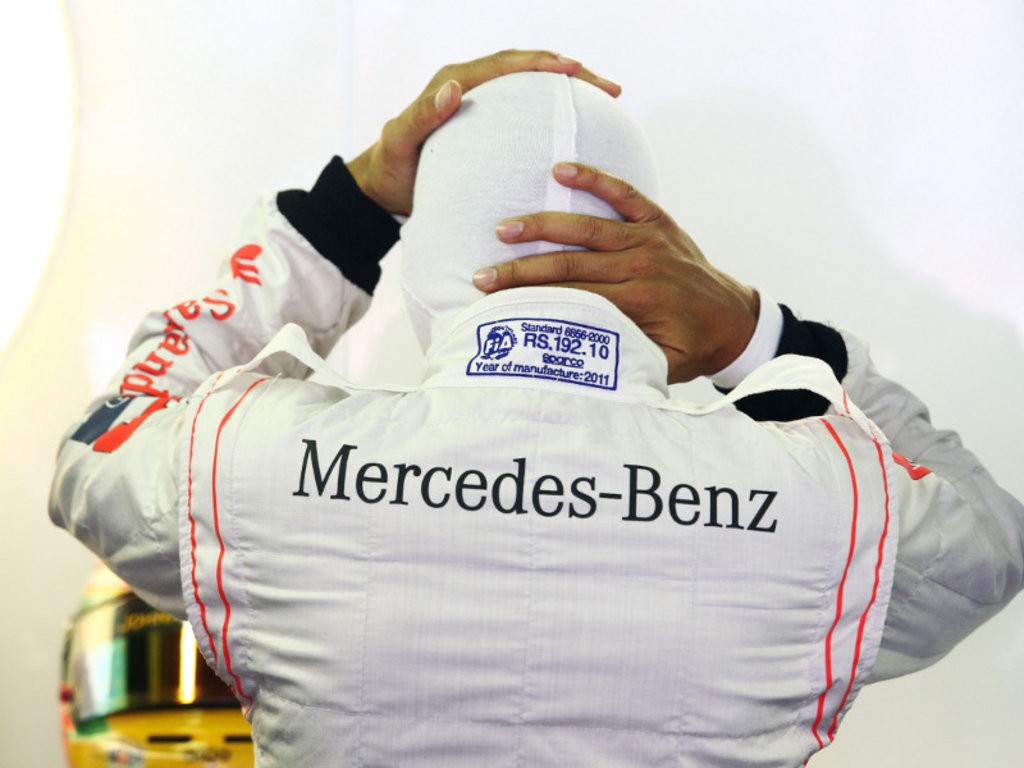 Lewis Hamilton has “made peace” with the Monaco stewards after launching a blistering attack against them in the wake of a penalty-hit race.

Hamilton received two drive-through penalties relating to separate incidents with Ferrari’s Felipe Massa and Pastor Maldonado in his Williams.
Immediately after the race, after a visit to the stewards regarding the crash with Maldonado, Hamilton vented his emotions as he said: “It’s an absolute frickin’ joke.

“I’ve been to see the stewards five times out of six this season.”

Asked as to why he felt the stewards, with British sportscar driver Allan McNish on the four-man panel, were picking on him, Hamilton retorted: “Maybe it’s because I’m black.”

Hamilton then added, as if to make light of his previous remark: “That’s what Ali G says”, referring to the fictional television character portrayed by Sacha Baron Cohen.

However, in an attempt to ensure the racial reference was not blown out of proportion, and as McLaren attempted damage limitation, the 26-year-old opted to revisit the stewards to clear the air.

Hamilton said: “I’ve been to the stewards to make peace.

“What I said was a bit of a joke, which wasn’t funny at the time.

“I made them aware that when emotions are high, and it’s very intense at the end of those kind of races, you don’t always say the right thing, and the joke didn’t come at the most appropriate time.

“So I went there, made that clear to them, we’ve made our peace.

“They accepted my explanation, they understood. They said: ‘We’ve all competed before and we understand the passion, where you are coming from’.

“They said that the sports they’ve been in, they’ve been angry at referees or said things they didn’t mean, so they understood it.

“We all shook hands afterwards. They said it was a tough weekend, let’s move on, and they all wished me well for the season.”

By way of further explanation, Hamilton added: “I’m passionate. I drove my heart out.

“The weekend was tough. It started out perfectly, and I finished the race, but only just.

“I feel like I’ve had everything thrown at me, and I’ve managed to catch it and deal with it the best I could.”

Motor sport’s world governing body, the FIA, could have opted to have hit Hamilton with a charge of bringing the sport into disrepute.

That will not now be the case as Hamilton added: “They said at the end that they would make sure other people in the FIA understand.

“They said that for anybody who has heard it and misunderstood, that they’ll clarify it with them and it won’t go any further than the meeting room.”

Asked whether he wished he had never made the racial accusation, Hamilton added: “Should I have said it, should I not?

“Sometimes you really put your foot in it and you offend people, and I did not really set out to offend anyone. It was said at the wrong time.”

Hamilton’s first penalty, for causing a collision with Massa as he made an attempt to pass on the inside at Loews Hairpin, saw the McLaren ace relegated two places from seventh to ninth at the time.

The second, which came as Maldonado manoeuvred around the outside at the first corner Ste Devote and resulted in the Venezuelan rookie crashing into a barrier, was served retrospectively after the race.

Twenty seconds were added to Hamilton’s elapsed time, although it made no difference to his finishing position of sixth.