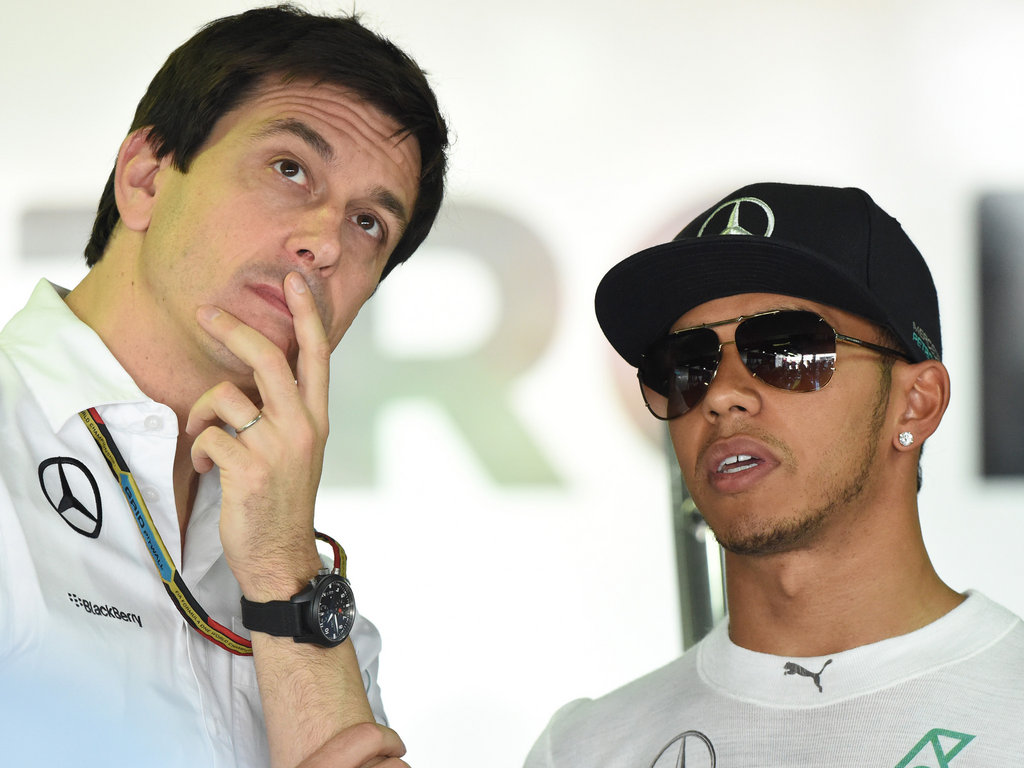 Mercedes motorsport boss Toto Wolff has revealed that the team have halted contract talks with Lewis Hamilton so that they can concentrate on the Championship.

Hamilton joined Mercedes from McLaren ahead of the 2013 season, signing three-year deal that will keep him at the Brackley-based outfit until the end of 2015.

The team, though, tied Nico Rosberg down to a new “multi-year contract” in July and there was talk that negotiations with Hamilton were already underway with Wolff saying they hope he remains with the squad “for a long time to come”.

When asked about the contract situation by Press Association Sport this week, Wolff said: “We’ve been talking to one another daily.

“But at this stage things are very intense and you have to stay concentrated on the season.

“One thing is for sure, we are not going to talk to anybody else before having a very clear situation about how we can continue to work with Lewis.

“This is what we have said to each other, that we have no interest in having any other conversation with any other driver.

“We feel at the moment we need to be concentrated on the Championship and not get involved in contractual discussions, intense discussions, because it is something which is one and a half years in front of us.”