Home Uncategorized Hamilton: Could have started on the grid 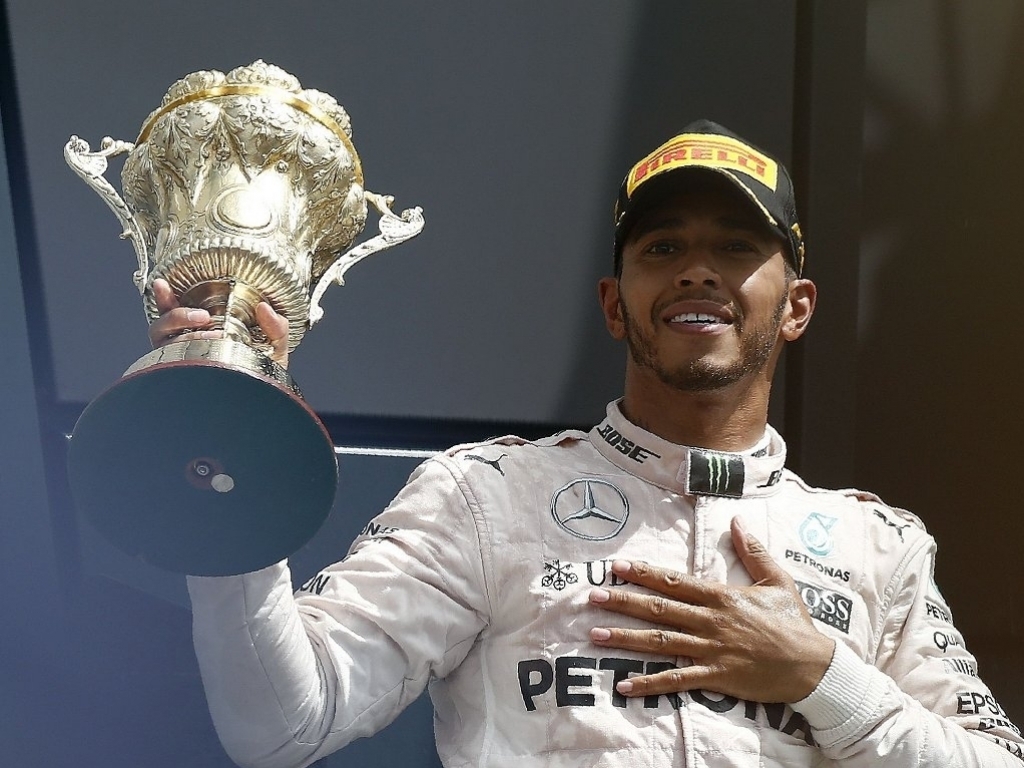 Lewis Hamilton says the British Grand Prix could have started from the grid but concedes the conditions at the start where “tricky.”

The triple World Champion raced to an unchallenged fourth British Grand Prix victory at Silverstone on Sunday, in what was a wet-dry race.

The 52-lap grand prix started behind the Safety Car because of a downpour minutes before the race was scheduled to start.

And although Hamilton was heard urging FIA race director Charlie Whiting to let them race, it wasn’t until lap 5 that the race proper began.

From there Hamilton immediately built up a lead over his team-mate Nico Rosberg and it is one he would hold onto even when the track dried out.

“We went out and did a formation lap and it was dry and all of a sudden it rained. It was so tricky in those conditions.

“I was the first to attack it, so I tried not to make mistakes.

“It was difficult for all of us.

“But that’s what I love about this race, it’s never plain-sailing which what makes this spectacular.

“That is why the British Grand Prix is the best grand prix we have. Plus look at this, we have the best fans in the world.”

Asked about the Safety Car in the post-race press conference, Hamilton says he felt that it could have pitted a bit earlier than it did.

In fact, he reckons the race could have started on the grid despite the weather.

“I think we could have started on the grid,” he explained. “There were wet patches all over the place, but that is what racing is about.

“We stayed out [with the Safety Car] far too long, it was [ready for] intermediates by the time they let us go.

“There was more water on track in 2008 when we started from the grid.”

Hamilton’s victory, his third in succession, means he now trails Rosberg by just four points in the standings.