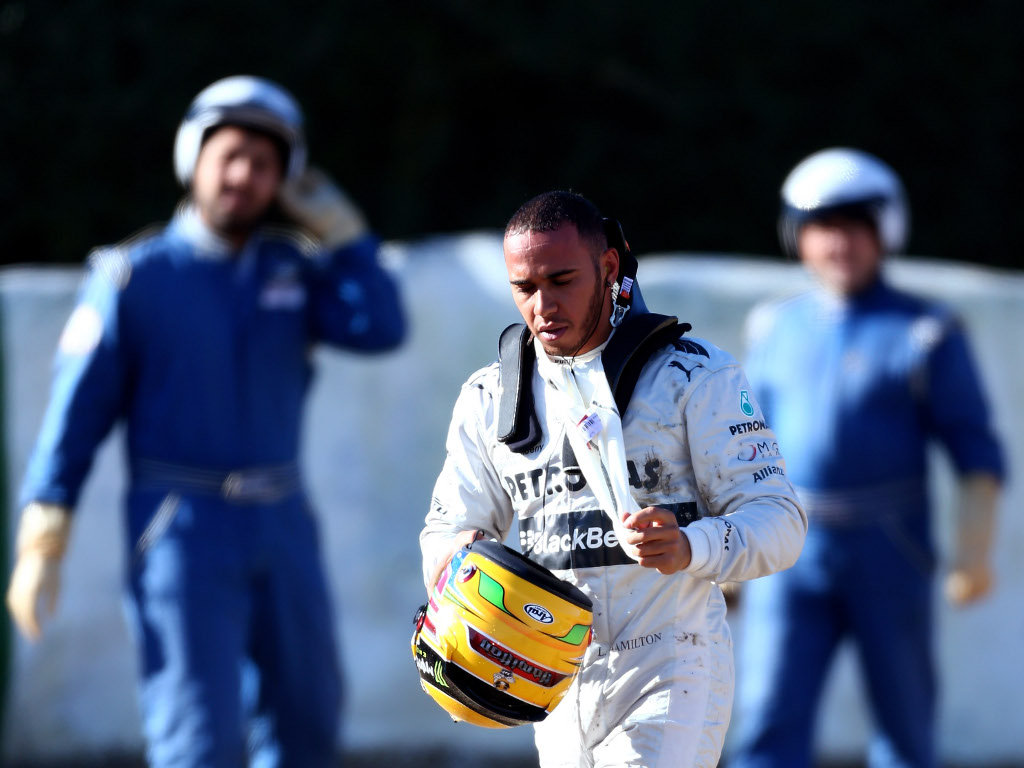 Lewis Hamilton’s first official run in the Mercedes W04 ended in the barriers when a rear brake issue resulted in a crash.

Having just posted the second fastest time of the morning to date, Hamilton went straight on at the Dry Sack hairpin and slid into the tyre barriers.

The Mercedes driver climbed unaided from his stricken W04 and gave the marshals a thumbs up as they raced over to check on him. The car, though, did not fare as well as it suffered front-end damage.

Mercedes wrote on Twitter: “Lewis suffered a loss of rear brake pressure, the front brakes enabled him to slow the car but he couldn’t avoid the barrier.”

The team later added: “We have traced the problem to the hydraulic brake line connecting to the right-rear caliper. The impact with the barrier also damaged the front left corner suspension and associated aero parts.”

The incident was Mercedes’ second in as many days of testing as, on Tuesday, Nico Rosberg stopped out on track with an electrical problem.

The German’s stoppage resulted in unburnt fuel in the exhaust catching fire. He completed just 11 laps, four less than Hamilton managed before his crash.

Related Links
All The Pictures From Day Two