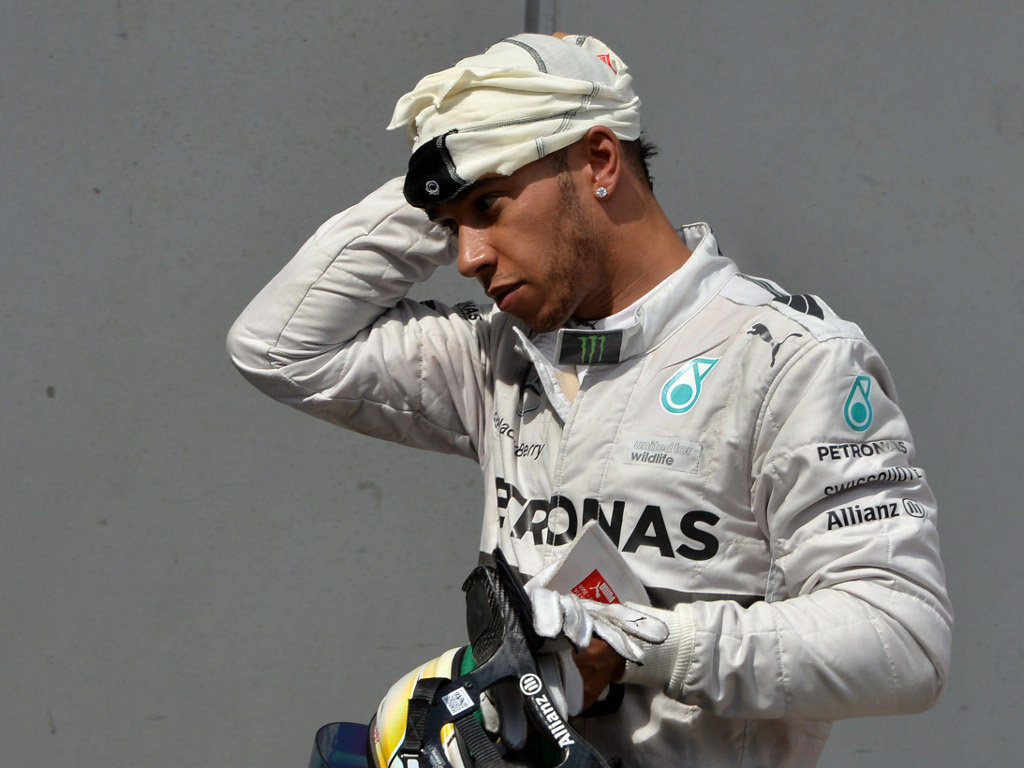 Although Lewis Hamilton may have cost himself a shot at the Austrian GP win, the Brit says he “enjoyed” his Sunday afternoon in Austria…

Although Lewis Hamilton may have cost himself a shot at the Austrian GP win, the Brit says he “enjoyed” his Sunday afternoon in Austria.

Ultimately fighting his team-mate Nico Rosberg for Sunday’s victory, Hamilton, who started P9 but was fourth by the end of the first lap, was unable to match the German’s pit stops times.

In the first he was a full second slower than Rosberg for the stationary time while in the second he again lost time.

However, Hamilton reckons that may have something to do his positioning rather than the conspiracies that are doing the rounds.

“I’ll have to look at the feedback [on his pit-stops], maybe my positioning isn’t right,” he admitted.

“It was damage limitation for me and to be pressurising Nico at the end really shows the pace I had this weekend.”

The result was Mercedes’ sixth 1-2 of this Championship but only the second time Hamilton had finished runner-up to his team-mate.

The team, though, were made to work for it on Sunday as Williams ran first and second in the first stint of the race.

It was only after the second round of the pit stops that Hamilton worked his way up to second behind his team-mate.

“I enjoyed it, it’s much better than being in the front all the way but going nowhere, it’s great to see how strong Mercedes is right now.

“I am always on maximum motivation but today I knew I had to pull something special out of the bag to achieve what I wanted. It was important to get a one two for the team. I was so so fast in practice I should have been on pole.

“I was really happy with the start and after that it was a really good fun race. This has been a bad weekend for me but to get second place on a bad weekend was great.”

Rosberg’s victory on Sunday has put Hamilton 29 points behind his team-mate in the race for the Drivers’ Championship.